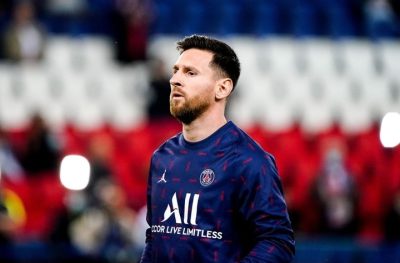 The Argentine icon started for the French giants in their Group A match, which took place at the Parc Des Princes.

Prior to kick-off, while he was warming up, one young fan appeared in the stands with a sign directed at him.

And this was far from your standard ‘Can I have your shirt please?’ sign.

The boy’s banner instead read: ‘Leo, give me your shirt, I give you my mum.’

His mother stood next to him in the stadium, looking distinctly unimpressed

When the first whistle blew to begin the game, Messi was yet to respond to the youngster.

It admittedly seems rather unlikely that he will accept the deal.

Also in attendance at the Parc Des Princes was Ronaldinho.

The Brazilian icon, formerly of PSG, shared an emotional embrace with his ex-Barcelona teammate Messi before kick-off. 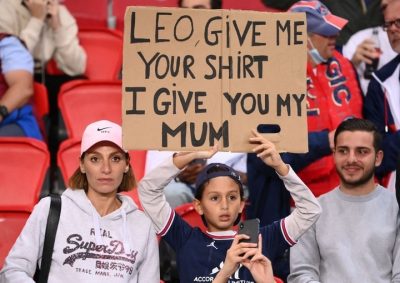 Bitcoin surges above $64,000 as first crypto-linked ETF lists on NYSE