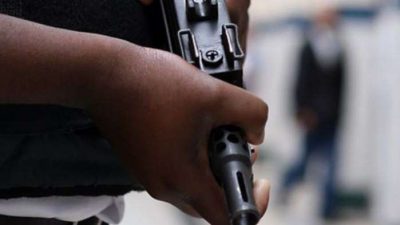 The whereabouts of seven passengers in a commercial bus hijacked by gunmen suspected to be kidnappers in Omoku community, Ogba-Egbema-Ndoni local government area remains a mystery 48 hours after they abducted.

It was learnt that the abductors of the passengers have not contacted the family.

According to a relation of one of the victims who simply gave his name as Kennedy, the gunmen attacked the bus about 8pm on Sunday and took the seven passengers on board to yet to ascertained destination.

He said his brother and other passengers in the vehicle left Port Harcourt for Omoku around 7pm on Sunday.

He stated, “They left Port Harcourt for Omoku around 7pm; I called by 8pm and my brother’s phone was switched off.

“I kept trying the line but it was not reachable; later, a number called me and said I should bring N1.5m and I said: ‘From where’? The caller immediately switched off the phone as I asked the question.”

Kennedy who sounded hysterical and desperate called on security agencies and state government to intervene and rescue his brother and the other victims, adding that the family did not have the kind of money the kidnappers were demanding.

The Port Harcourt based radio station has been repeating Kennedy’s telephone call in its hourly news bulletins asking for help from Security agencies to rescue.

At time of filing the report the State Police Command was yet to officially react to the incident.

Speak out on your alleged link to supply of weapons, food to bandits – Vatsa to Abdulsalami