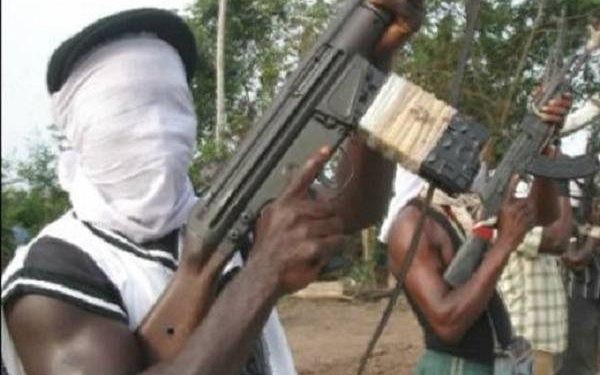 No fewer than four policemen were killed on Tuesday and offices set ablaze as gunmen attacked Abayi Osisioma Ngwa Divisional Police Station and two other formations in Abia State.

The bandits, said to have numbered over 50, also carted away arms and ammunition from the station located along Umuojima/MCC Road in Osisioma Local Government Area of the commercial town of Aba.

The Divisional Police Officer in charge of the area said two other stations were also attacked and burnt by the bandits.

The DPO, CSP A. Ajimo, neither mentioned the number of his men that got killed nor the locations of the two other stations that were also burnt.

He could not point at those that may have carried out the dastardly acts and their motive.

Daily Sun gathered that while two of the officers were killed at Abayi Osisioma, in Osisioma council area, the other two met their untimely death at Omoba Divisional Police Headquarters of Isiala Ngwa South, in similar manner.

Abia State Police Public Relations Officer, Geoffrey Ogbonna, said some of the hoodlums were also killed in a shootout that ensued during the Omoba incident, with others escaping with arms from the station.

At the Abayi/Umuojima Osisioma station, several buildings and vehicles packed in the premises were among property destroyed by the bandits.

The DPO of Osisioma Police Division later conducted the Chairman of the council area, Christian Kamalu, round the scene of the incident.

Daily Sun investigation revealed that all police formations in Aba area had been cordoned off from vehicular movement since last year’s EndSARS protest by the youths.

After the attack, the gunmen were reported to have fled unchallenged.

Meanwhile, the Abia State Government has reacted to Tuesday’s attack on Abayi Police Station in which two policemen were killed and arms carted away by the gunmen.

The state government has also placed a N1 million bounty on anybody who would give information to the recovery of arms looted by the hoodlums.

To further checkmate criminal activities in the state, the government has banned commercial tricycle and Motorcycle operators (Keke/Okada) from operating between 7pm and 7am in all major cities of the state starting from Tuesday (yesterday).

A statement by the Commissioner for Information, Chief John Okiyi-Kalu, stated that the attention of the State Government has been drawn to a mindless and cowardly attack on a police station in Aba by yet to be identified armed hoodlums in the early hours of Tuesday, leading to loss of precious lives and carting away of arms and ammunition.

It said: “We wish to assure members of the public that government is working with security agencies in the state to fish out the perpetrators of this dastardly crime and bring them to justice as quickly as possible. No part of Abia land will be ceded to criminals operating under any guise and we will not spare any resource in ensuring that the perpetrators of this dastardly act are brought to book in no distant time and the stolen arms and ammunition recovered completely.”

The statement added that it was worried that the arms the hoodlums carted away from the law enforcement agents would most likely be used against innocent citizens.

The government while promising to give N1 million reward to anybody that would give information that would lead to the recovery of the stolen arms, said such information would be treated with utmost confidentiality.

The statement said those attacking security agents and formations only seek to engender anarchy and fear in the minds of the people, but assured that government would not allow them to win or turn its focus away from the onerous task of rapidly developing the state.