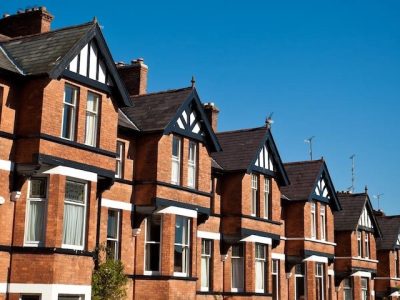 House prices in Britain fell the first time in more than a year in July in monthly terms and the market is likely to weaken further as interest rates go up and the cost-of-living squeeze tightens, mortgage lender Halifax said on Friday.

Prices, which recently hit record highs, edged down by 0.1% from June when they had risen by 1.4%, Halifax said.

The weakening of the house market comes after a boom triggered by the COVID-19 pandemic and the switch to working from home which pumped up demand for bigger homes, and by rock-bottom borrowing costs which are now rising again.

Rival mortgage lender Nationwide said earlier this week that house prices rose in July at the slowest monthly pace in a year and Bank of England data has shown the lowest level of new mortgage approvals in two years in June.

The BoE raised interest rates on Thursday by the most since 1995 taking the Bank Rate to its highest level since 2008 as it seeks to limit the damage from a surge in inflation which is now expected to surpass 13% later this year.

Hope for Griner as Russia signals readiness to swap prisoners with U.S.