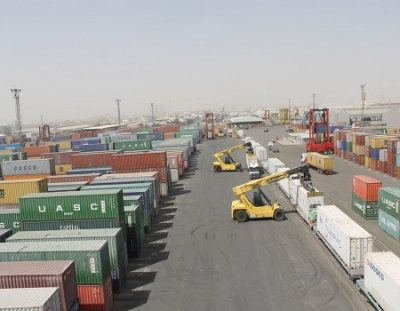 MORE facts have emerged on how a change of government in Oyo State and a change in location of the N43.2bn Ibadan dry port project, which was initially conceptualized as an Inland Container Depot (ICD), have delayed the take off of the project more than 16 years after.

According to findings, the siting of the Lagos-Ibadan standard gauge rail project in Moniya in 2017 and the emergence of a new government under a different political party in 2019 meant that negotiations and discussions for the Ibadan ICD project began afresh.

Speaking with the Nigerian Tribune, a source close to the project promoters who wouldn’t want his name in print explained that prior to 2017, all eyes were on Erunmu in Ibadan, Oyo State, where the project was initially meant to be sited.

The project insider disclosed that, “More than 16 years ago, an ICD was mooted in Erunmu in Ibadan by the Federal Government in connection with the Oyo State government. The idea was to shift focus from Lagos by using the facility to help decongest the already congested ports in Lagos.

“Nothing much happened at Erunmu due to a lack of adequate funding from prospective private sector partners.

“However, the plan to site a dry port in Erunmu will change in 2017 when massive construction of the $1.5 billion Lagos-Ibadan standard gauge rail project began. The rail project was designed to pass through Moniya and not Erunmu.

“Thus, the promoters of the Ibadan dry port project were forced to move the project from Erunmu to Olorisha-oko, also in Ibadan. Olorisha-oko is situated between Sarki and Moniya, so it was just an ideal spot for the dry port which is expected to be fed by the standard gauge rail project.

“Thus, the siting of the rail project along Moniya was the first reason that delayed the planning stage of the Ibadan dry port because the dry port was moved from Erunmu to Olorisha-oko. It was at a meeting in 2017 in Lagos that the present Oyo State lawmaker at the Federal level, Honorable Tolulope Akande-Sadipe, made contact with the Chinese, and the relocation of the dry port from Erunmu to Olorisha-oko was cemented with the Oyo State government. By 2017, planning for the emergence of a dry port in Olorisha-oko in Ibadan started emerging.

“However, another delay was to emerge in 2019 when another political party took over the reins of leadership of the state from the All Progressives Congress (APC)-led state government which had already been neck-deep in discussion with the Federal Ministry of Transportation and the Chinese about the siting of the dry port in Olorisha-oko.

“For two years, between 2017 and early 2019, discussions were between the FMOT, Nigerian Shippers Council (NSC), and the APC-led Oyo State government. However by March of 2019, that was to change as a new political party took over the state and all negotiations had to start from scratch.

“The procurement procedures that had already been put in place earlier had to be discarded and a new process began. The issue of equity had to be renegotiated with the new state government. The Chinese who had earlier sent their Outline Business Case (OBC) to the Infrastructure Concession Regulatory Commission (ICRC) had to go back to prepare something different in line with new agreements.

“So, these two major factors played a key part in dragging the Ibadan dry port project execution. However, discussions are already at an advanced stage as we speak and hopefully, by the third quarter of 2022, the project should have reached more than 50 percent completion stage.”

Recall that the Nigerian Shippings Council in a statement in June 2020 described the Ibadan dry port project as a 80,000 TEU capacity dry port estimated at US$94,000,000.00 (N43,240,000,000.00). The statement which was signed by the Head, Public Relations of the NSC, Rakiya Zubairu, stated that, “The 80,000 TEU capacity Ibadan Inland dry port is expected to contribute to addressing the problem of port congestion and gridlock in Apapa as it will be designated a port of destination where the cargo will be consolidated for import and export, especially in the south-western part of Nigeria.

“Negotiation meeting between the Federal Government and the China Railway Construction Corporation Limited (CRCC), the preferred bidders for the construction of the Ibadan Inland Dry Port, is nearing completion.

“The Nigerian Shippers Council is the guarantor to the concession of the 80,000 TEU capacity dry port to be built on the basis of Public Private Partnership (PPP) agreement in Ibadan, the Oyo State capital.

“Among other uses, the dry port will provide a competitive cargo sorting centre, bulk breaking as well as cargo-tracking and truck management services.