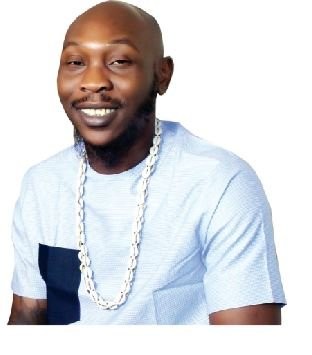 FOR over 25 years, Seun Anikulapo Kuti, the youngest son of Afrobeat pioneer Fela Anikulapo Kuti, has continued to preserve and extend his father’s political and musical legacy as the leader of the Egypt 80 band.

The 37-year-old singer and social activist recently explained how ex-President Goodluck Ebele Jonathan inspired one of the songs in his 2018 album, Black Times.

“Theory of goat and yam is a song I wrote after listening to ex-President Jonathan in an interview. Many people that have heard the song thought I was talking about Jonathan but no, I wasn’t talking to him in the first person. He was just the one that gave me the idea and I had to pay homage in the song. He said, during an interview, the reason why our politicians steal is because we the people are like farmers that keep our goats too close to the yam so because the goat is too close to the yam, the goat eats the yam. So, when he said that I said, if the goat was eating the yam, the farmer must be eating grass. So that was the analogy that inspired the song,” Kuti revealed.

You can’t pull me down – Kpokpogri hits back at…

The song, Theory of Yam and Goat, is currently gaining fresh traction after Kuti’s friends at Vortex Central decided to make an animation video to further explain Kuti’s lyrics in the song.

“I wasn’t planning to make a video for my old album. My friends at Vortex Central approached me to work on a project so we agreed that they will make a video when I release my album this year but because of Coronavirus, the album release was canceled and they insisted they wanted to do something with me this year and we agreed to work on the song, Theory of goat and yam from my last album, Black Times. The way the story was put together is quite interesting and it fits into the conversation that we need to be having in the country right now,” Kuti explained.

Performed with Africa’s longest surviving band, Egypt 80, at the Jazz a la Villette, in France, Kuti held the audience glued to the stage in a mix of rapt attention, entertainment.

Kuti was queried on the timing of the release of the music video and if it won’t be drowned by the recent protest.

He said, “Well for me, I don’t think anything I have done in Nigeria has ever been well received as much as it should but for me, I feel, everything I do is from a positive place because I give it a lot of thought. EndSARS is about young people standing up for their rights, letting people know that they are free people and against the abuse or mistreatment like slaves. My entire career is built around these issues and everything I do fits into these issues, whether people understand it now is another discussion entirely.”

Kuti confessed to missing live performances as a result of the outbreak of coronavirus across the world. He said he hopes to get back on stage and thrill fans and audiences as soon as possible.  (The Nation)

Wedding Guests Run For Their Lives After Fireworks Caused…