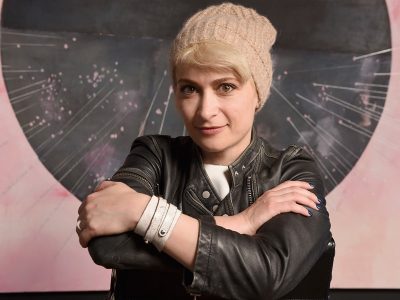 The family of cinematographer Halyna Hutchins shot dead in ‘Rust’ film shooting in 2021 has reacted to plan by prosecutors to charge actor Alec Baldwin and film armorer Hannah Gutierrez Reed for involuntary manslaughter.

A statement issued by Attorney Brian J. Panish on behalf of the family said no one is above the law and thanked the prosecutors.

Panish said the family fully supported the charges and thanked the Santa Fe Sheriff and the District Attorney for concluding their thorough investigation and determining that charges for involuntary manslaughter were warranted for the killing of Halyna Hutchins with conscious disregard for human life.

He added that the family’s independent investigation also supported that charges were warranted.

“It is a comfort to the family that, in New Mexico, no one is above the law. We support the charges, will fully cooperate with this prosecution, and fervently hope the justice system works to protect the public and hold accountable those who break the law,” he said.

According to New Mexico First Judicial District Attorney, Mary Carmack-Altwies in a statement, ‘Rust’ actor and producer Alec Baldwin and armorer Hannah Gutierrez-Reed would each be charged with two counts of involuntary manslaughter in the death of Hutchins on the film’s Santa Fe County set in 2021.

If convicted, Baldwin and Gutierrez-Reed will go to prison for 18 months or pay a fine of $5,000.

But CNN added that one definition would involve a firearm enhancement, or added mandatory penalty, because a firearm was involved. In that case, the crime could be punishable by a mandatory five years in jail.

The district attorney said no charges will be filed specific to the non-fatal shooting of the film’s director, Joel Souza.

Carmack-Altwies added that after a thorough review of the evidence and the laws of the state of New Mexico, she had determined that there was sufficient evidence to file criminal charges against Alec Baldwin and other members of the ‘Rust’ film crew.

She said on her watch, no one is above the law, and that everyone deserved justice.

Film director Joel Souza was also wounded in the shooting, but prosecutors said no charges would be filed in connection with that.

After the shooting, Mr Baldwin said the gun had misfired. He added that he did not pull the trigger on the gun and he was not aware that it was loaded.

Be Quiet On Politics, Allow God To Speak To You – Tinubu Replies Pastor Bakare