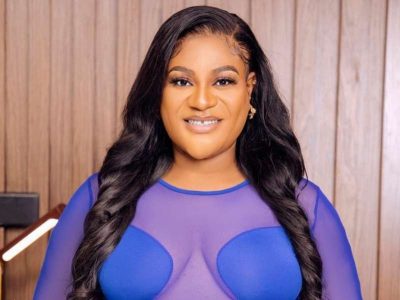 Nollywood actress Nkechi Blessing Sunday has revealed that she doesn’t use protection when having sexual intercourse.

The actress who disclosed this on her Instagram, also when asked by a fan the last time she had sex, relied it was since February 13, this year.

Sunday also disclosed that she doesn’t engage in protected sex because she gets herself checked medically after every relationship.

She said, “I am free because I get tested every three months.

“For real, I do a Hepatitis B test.

“Once I am leaving somebody before starting another I make sure I check if he has deposited something that was not supposed to be in my body, so if he deposits, I flush it out and start afresh like right now I am a virgin, clean so before anybody can come in you must get tested.

I have flushed the last one so now I am very free.”

Sunday also admitted still being in contact with some of her ex-lovers, saying except for the ones that gossip behind her. “I can never be friends with an ex who goes about chatting shit.”

When accused of being a lesbian, she denied saying, “The person that said it on the live video said he never said such.