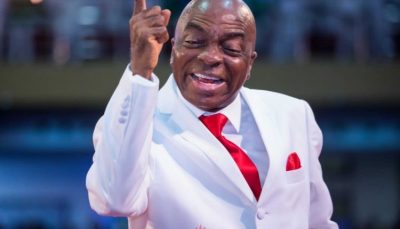 Bishop David Oyedepo, founder and president of Living Faith Church Worldwide has revealed that he declined opportunity to relocate to the United States America, USA in 1987.

Speaking during a sermon in one of the church’s services, the world’s second richest pastor slammed Nigerians who are currently doing slavery jobs in some foreign countries.

According to the popular gospel preacher, many Nigerians in diaspora were meant to be employers of labour in Nigeria.

He said, “I had all the opportunity to be in the US in 1987 and move there permanently. I said ‘Jesus what are You saying? Do I have any regrets for not being there? Never.’

“Many are ordained to be employers of labour in this country. They’re jumping from job to job in another man’s country.

“Slavery kind of job because they won’t ask. Jumping about as if that’s a prize winner adventure.

“Everything is changing. You earn a degree in those days, you have to mention the country”.