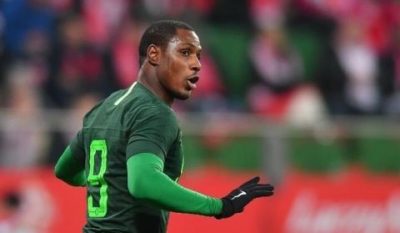 Odion Ighalo has apologised that he will not feature at the AFCON after his club blocked his release, but he has also backed the Super Eagles to fly all the way to the final of the tournament.

Saudi Arabian club, Al Shabab, has refused to release the striker for the AFCON after they claimed they received his invitation late.

“Sorry I won’t be at AFCON, but I’m supporting the boys all the way,” he said in a video goodwill message.

“We need prayers from Nigerians to support the team for them to make the country proud.

“We have enough talent in the team to take us to the final.

“Go boys and make us proud!”

Ighalo was Goal King of the 2019 AFCON with five goals.

He has staged a comeback to international football after he quit soon after the last tournament in Egypt.

The Christianisation of Nigeria by Buhari