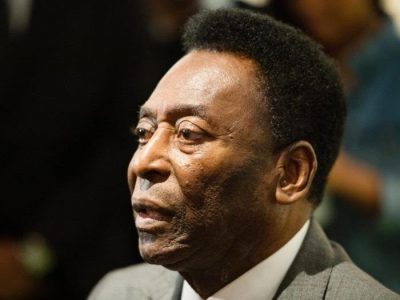 Pele has taken to social media to announce that he is “strong” and undergoing his treatment “as usual” following reports that he had been moved to palliative care.

The 82-year-old Brazilian football legend gave an update on his health condition in a post on Instagram on Saturday evening.

“My friends, I want to keep everyone calm and positive. I’m strong, with a lot of hope and I follow my treatment as usual. I want to thank the entire medical and nursing team for all the care I have received,” the post reads.

“I have a lot of faith in God and every message of love I receive from you all over the world keeps me full of energy. And watch Brazil in the World Cup too! Thank you so much for everything.”

Earlier, Folha de S Paulo, a Brazilian newspaper, had reported that Pele had been transferred into a palliative care ward in a hospital after he stopped responding to chemotherapy treatment for colon cancer.

According to the paper, the chemotherapy has now been suspended with only palliative care for pain and shortness of breath being administered to him.

Pele was admitted to Albert Einstein hospital in São Paulo on Tuesday to re-evaluate his cancer treatment.

He was being treated with antibiotics for a respiratory infection.

On Friday, the hospital revealed that Pele’s condition was “stable, with a general improvement in his health status”.

Pele was diagnosed with colon cancer in September 2021 and spent two weeks in the hospital in December of the same year.

Regarded as one of the greatest footballers of all time, he rose to international fame at just 17 and led Brazil to three World Cup triumphs. (The Cable)