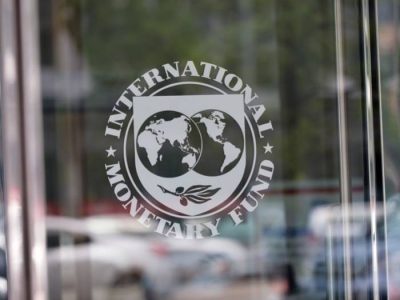 The International Monetary Fund (IMF) has dubbed the world economy as “gloomy and more uncertain”, lowering its growth forecast and raised its inflation outlook.

According to its updated forecast on Tuesday, the IMF expects global growth of 3.2 percent this year, 0.4 percentage points less than what was projected in April.

For the eurozone, the IMF expects growth to be 0.2 percentage points lower than the April forecast, at 2.6 percent.

In 2022, the IMF expects an inflation rate of 6.6 percent in the industrialised countries and 9.5 percent in emerging markets, with upward revisions of 0.9 and 0.8 percentage points, respectively.

The IMF said the new assessments are due to “higher-than-expected inflation worldwide, especially in the United States and major European economies’’.

This it said, triggering tighter financial conditions; a worse-than-anticipated slowdown in China, reflecting COVID-19 outbreaks and lockdowns; and further negative spillovers from the war in Ukraine.’’

It warned that, with increasing prices continuing to squeeze living standards worldwide, taming inflation should be the first priority for policymakers.

“Tighter monetary policy will inevitably have real economic costs, but the delay will only exacerbate them,’’ it said.

In the United States, the economic growth was revised down to 2.3 percent amid reduced household purchasing power and the central bank’s moves to hike interest rates.

In China, COVID-19 outbreaks and lockdowns, as well as a further escalation of the property sector crisis, could further suppress growth, which was revised down by 1.1 percentage points to 3.3 percent

Meanwhile, China’s slowdown would have major global consequences, it warned.

However, the IMF added that policies to address specific impacts on energy and food prices “should focus on those most affected without distorting prices.’’

It also called on nations to raise COVID-19 vaccination rates in view of future new variants.

According to the report, mitigating climate change continues to require “urgent multilateral action to limit emissions and raise investments to hasten the green transition,’’.