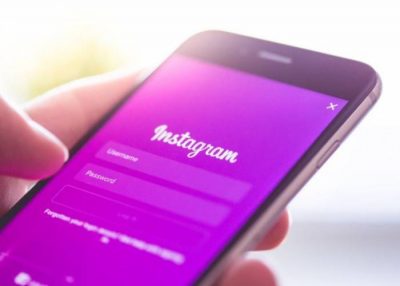 Over one month since the ban was announced — and with the outrage simmering — businesses appear to be getting used to a life without Twitter; adapting to new realities and making use of alternative platforms to keep the work moving.TheCable spoke to some business owners and startup founders to know how the ban has impacted their businesses, especially their customer relations and audience engagement strategy.Agusiobo Joshua, creative director of Hikerstrail, a platform that encourages tourism among young people, says things have been difficult for the brand.“With fewer people on Twitter, a limitation has been placed on the number of people we can reach through that platform,” he told TheCable.“We have more than two thousand committed followers who always get information about our upcoming activities from there, and the ban has cut them off from communicating with us.”Joshua explained the platform was creating outdoor adventures and other related activities for young people to encourage local tourism – but the ban of Twitter has affected the reach.Chioma Okoye, who is into the sale of oil perfumes and plain t-shirts on Twitter, also shared her frustration since the ban was announced.“Seventy per cent of my customers are from Twitter. Without further explanation, you can already imagine the effect the ban has on my business. Twitter is a large community with massive interactions, and that’s why a lot of businesses are more active here. Taking this platform away from us has inflicted pain on businesses.”Scores of small and medium-sized businesses across Nigeria, Africa’s most populous nation — and largest economy — are currently reeling from the indefinite suspension placed on Twitter.NOI Polls, a public opinion and research organisation based in Nigeria, estimates that 39.6 million Nigerians use Twitter – 20% of them for business advertisement and 18% to look for employment.‘MORE CUSTOMERS NOW BESIEGE BANKING HALLS TO RESOLVE COMPLAINTS’Before the ban, most commercial banks and telcos rely heavily on Twitter to resolve customer complaints. It also serves as a platform to inform customers of their promotions and creates more awareness about their brands.“The ban has led to an increase in the number of customers who turn up at our branch to resolve one issue or the other,” a bank manager who doesn’t want to be named told TheCable.“We had to suspend our operations on Twitter to avoid been sanctioned by the regulator, we have to leverage other platforms where you have the young generation to keep our brand in their faces. This has helped a lot. “We have Facebook messenger where we respond to enquiries and complaints, we also have our WhatsApp chat, our call service centre is also active to handle more calls from customers and our Instagram numbers have also gone up.”Chinyere Ogu, a staff of Fidelity Bank, said the lender was planning to host an event on Twitter to help review the CVs of young Nigerians and better positioned them for job opportunities, but since the ban, the bank has not been able to hold the event, denying Nigerians the chance to get positioned for employment.‘BYPASS WITH VPN TO AVOID LOSING CUSTOMERS’To bypass network barriers, some businesses now use the Virtual Private Networks (VPN) app, which gives online privacy and anonymity by creating a private network from a public internet connection to change the location of their computer to another country.Kelechi Okoro, an entrepreneur, said he had to use VPN to access Twitter since the ban to avoid losing customers.“Since the government placed a ban on Twitter, I have been using VPN to enable access to the platform, and that comes with a lot of disadvantages.“I am not so sure the right or safe VPN to use, and also it drained my data quickly.“The major issues I am still facing even with VPN is that most of my customers don’t feel safe in using VPN like me, which somewhat reduce my sales and reach.”THE BAN MAY DRAG INVESTMENT IN FINTECH SPACEFintech startups that could not use VPNs for fear of being sanctioned by the government have also shifted focus to other social media platforms for broader reach.Razaq Ahmed, co-founder of Cowrywise, described the ban as anti-business and anti-consumers.Ahmed said his company had shifted focus to other social media channels for user engagement and resolution of customer support issues. What the customers have lost with the Twitter ban is the freedom to be engaged where they are most comfortable.Other Fintech founders, who wish to remiain anonymous, express the fear that the ban could drag investment opportunities in the fintech space.They said most investors will now need to be convinced of regulatory risk before investing in Nigeria. This will be especially difficult if their business models require an active social media presence.Meanwhile, the federal government has set up a high-powered team of ministers to negotiate and dialogue with Twitter on the way forward. The government says Twitter must be registered as a business entity in Nigeria as one of the conditions that must be met before the suspension can be lifted.   (The Cable)

BREAKING: Oando enters settlement with SEC, agrees to withdraw all cases in courts

South African Rand Becomes The Currency To Short As Risks…