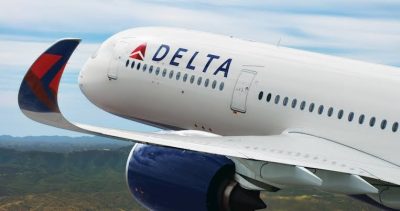 An Irishman who refused to wear a Covid mask during a flight from Dublin to New York and exposed his rear end to a flight attendant faces up to 20 years in prison if convicted of assault, the Justice Department said Friday.

Shane McInerney, 29 and from Galway, is alleged to have behaved this way on a 30 Airlines flight on January 7.

He appeared before a judge in New York a week later and was charged with “intentionally assaulting and intimidating a member of a flight crew,” according to a criminal complaint unsealed Friday.

It said the suspect repeatedly refused to wear a mask, threw a beverage can and hit a passenger in the head, and “pulled down his pants and underwear and mooned a flight attendant and passengers.”

A court spokesman said that if convicted of this felony charge McInerney could be sentenced to 20 years in prison.

McInerney was headed to Florida to take up a job at a football academy.

The Federal Aviation Administration said in January 2021 it would observe a zero-tolerance policy toward people who reject federal rules mandating mask-wearing on US domestic flights.

This came as flight attendants reported a high number of incidents of verbal and physical abuse from travellers who refuse to wear a mask.

An American Airlines jetliner headed from Miami to London turned around in mid-flight Thursday because a passenger refused to wear a Covid mask.