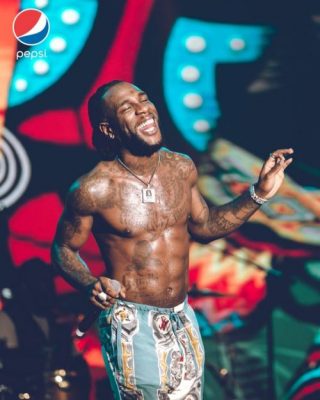 Grammy-award-winning singer, Burna Boy has revealed that he has made more money from his hit song ‘Last Last’ than any other song in his career.

The African giant made this known in a viral video.

Burna Boy released ‘Last Last’ on May 13th, 2022 and it has trended worldwide with remixes and challenges on Tiktok.

The singer also clarified that the 60% royalties to Toni Braxton for the sound for ‘Last Last is just a small part.

Burna Boy said: “The 60% royalties that Toni Braxton takes is being misunderstood, she does not get 60% of the whole thing but just one nickel part.

“I’ve made more money from ‘Last Last’ than any other song in my whole career in a short time and I just dropped it like one month ago.”

Burna Boy clarifies the 60% deal with Toni Braxton on his 'Last Last' record contrary to what many believed.

He even goes further to say he's made more money off the song than any other song he's made.

BREAKING: Aviation Workers To Shut Down Airports In Support Of ASUU