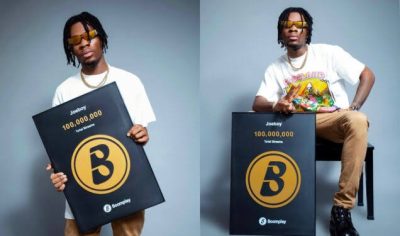 With this feat, the singer joins Burna Boy, Olamide and Fireboy DML in Boomplay’s Golden Club.

In February 2021, the Afropop sensation released his debut album Somewhere Between Beauty & Magic, which would go on to be streamed over 60 million times.

His most recent single Sip (Alcohol) became his most-streamed single with over 50 million streams as well as being the third most streamed song on Boomplay in 2021.

According to an in-depth analysis of data, Joeboy’s music enjoyed a total of 2,799 playlists inclusion and is currently being listened to in 163 countries worldwide on Boomplay. 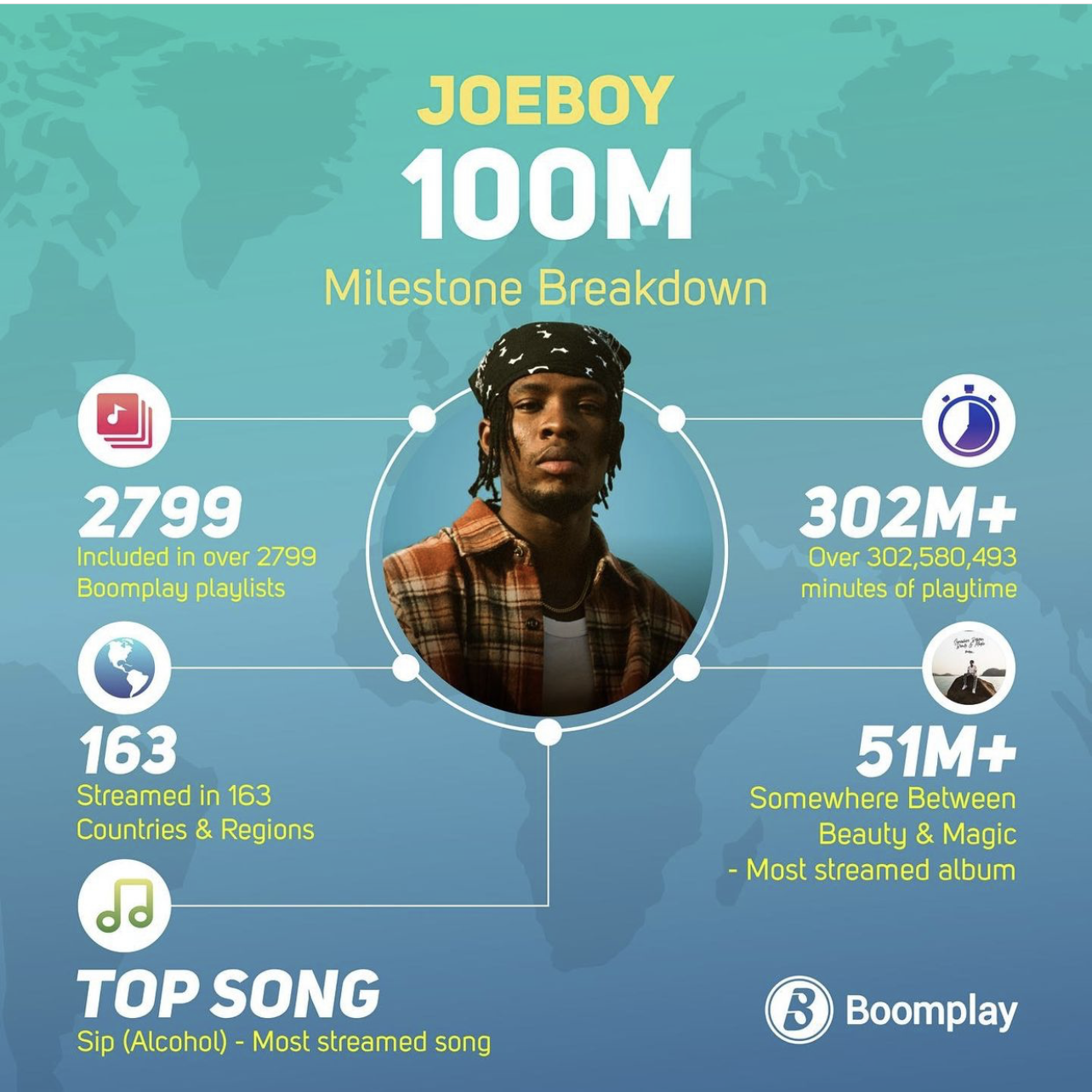 Joeboy was born in 1997 in Lagos and came to the limelight after he was discovered by Mr Eazi’s ‘Empawa Africa’ in 2017.

In 2018, he released a single titled ‘Faaji’, but his subsequent song ‘Baby’ in 2019 became a hit track and did massive numbers on streaming platforms. The visualizer music video for the single also surpassed 31 million views on YouTube.

In 2019, Joeboy went ahead to put out his debut extended play ‘Love & Light’, wherein he featured Mayorkun.

The Afro-pop singer has won a number of prestigious plaques including the ‘Best Artiste in African Pop’ prize at the 2019 All Africa Music Awards (AFRIMA) and the ‘Best Pop’ at the 2020 Soundcity MVP Awards Festival.