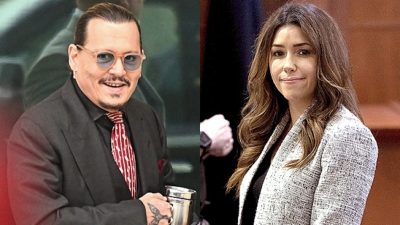 Fans of Johnny Depp have taken a special liking to his lawyer Camille Vasquez.

Since the ongoing defamation trial, Vasquez’ tactical cross-examination has shed some light on the relationship between Johnny Depp and Amber Heard, which led to the $100 million defamation trial.

The likeness by fans has risen so much that many are pitching Johnny Depp and Camille Vasquez as a couple.

When asked by a reporter outside the courthouse if she was dating Johnny Depp, the 37-year old lawyer laughed, brushed her hair aside and waved to the fans gathered outside.

Vasquez, during her cross-examination, has been able to make Amber Heard take responsibility for some of her actions, like Heard admitting that she didn’t donate her full divorce settlement to charity as earlier claimed. 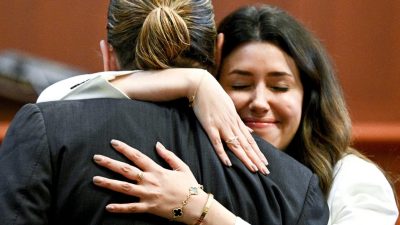 In the past days of the trial, Heard spoke about how Johnny Depp was a “monster” whenever he was under the influence of drugs and alcohol, making him violent with her.

During the trial, Vasquez asked the Aquaman star Heard, “Who was the real monster in this relationship, Ms Heard?”

To which the actress responded by saying “It’s half of Johnny. It’s not all of Johnny…The other half of him is wonderful and beautiful and the man I loved.”

In another heated scenario between Depp’s lawyer and Heard, she asked, “You’re the one who assaulted someone with a bottle in Australia, isn’t that right, Ms Heard?”

Vasquez alleged in her deposition that Depp is one of Heard’s victims and accused her of assaulting her ex-girlfriend, citing an article about her arrest at Seattle-Tacoma International Airport in 2009.

Memes of Johnny Depp, Amber Heard and now Camille have flooded the internet, capturing every moment of the trial. since the trial began.