JUST IN: APC names Lalong as DG of presidential campaign 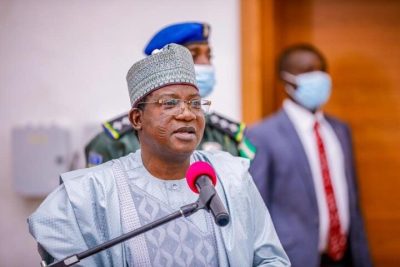 The All Progressives Congress (APC) has appointed Simon Lalong, governor of Plateau, as the director-general of its presidential campaign council.

Abdullahi Adamu, APC national chairman, announced the development on Thursday while speaking with journalists after a meeting with President Muhammadu Buhari.

Also present at the meeting were Bola Tinubu and Kashim Shettima, APC presidential and vice-presidential candidates.

Adamu also said Festus Keyamo, minister of state for labour and employment, would serve as “interim spokesperson” for the presidential campaign council.