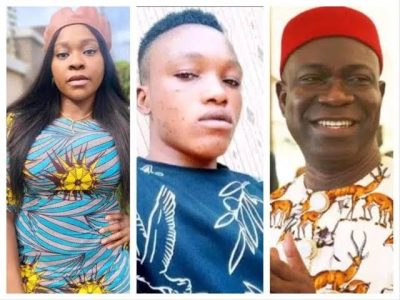 The Nigerian Immigration Service (NIS) has clarified the man at the centre of the alleged transplant saga involving former Deputy Senate President Ike Ekweremadu and his wife, Beatrice, Nwamini David Ukpo, is actually 21 and not 15 as alleged in many media reports.

The Comptroller General of NIS, Isa Jere, stated this in an ongoing engagement with editors.

Ekweremadu and his wife were arrested by The Metropolitan Police at the Heathrow Airports for alleged human trafficking and organ harvesting on Tuesday.

They were arraigned on Thursday Uxbridge Magistrates Court, which ordered their remand in police custody until July 7.  (New Telegraph)

Sahara Reporters lied, I am not desperate to be Tinubu’s running mate – Lalong