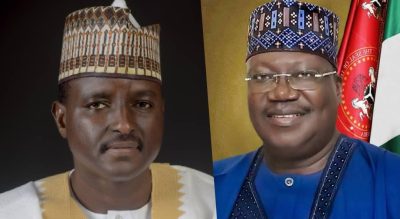 The Independent National Electoral Commission has affirmed Bashir Machina as the winner of the ruling All Progressives Congress primary for the Yobe North Senatorial District.

A certified true copy of INEC’s report from the May 28, 2022, election showed Mr Machina scored 289 votes out of 300 delegates, corroborating the politician’s public claim that he won the primary and legally emerged candidate.

The document, certified by the electoral office on June 23, 2022, did not mention Ahmad Lawan, the Senate President who has been labouring to steal Mr Machina’s mandate in collusion with the party’s national chairman Abdullahi Adamu.

Mr Adamu had listed Mr Lawan as the candidate of the APC for Yobe North senatorial election slated for February 2023, claiming that a primary had secretly held in which Mr Lawan purportedly emerged winner.

Even though Mr Machina has been certified winner by the electoral office, he still expects additional fights ahead when INEC will post candidates standing for election across different political parties in the coming weeks. INEC had said it lacked the powers to pick a candidate in an election, even though its authentication was necessary to certify that an election held.

Mr Lawan started making attempts to seize the ticket from Mr Machina after losing at the ruling party’s presidential convention, which was won handily by Bola Tinubu on June 8.
(peoples Gazette)