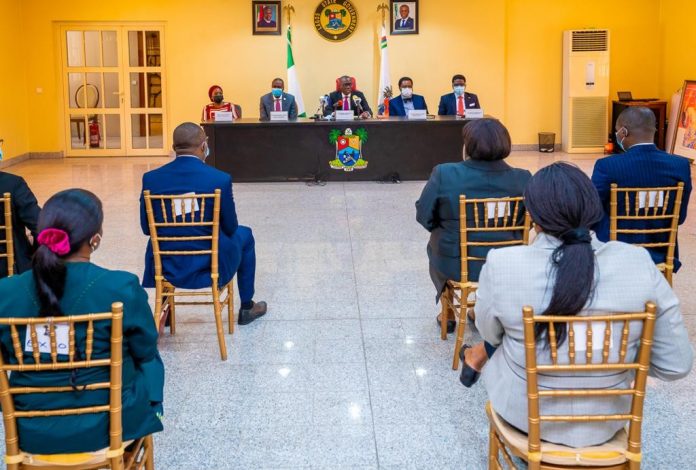 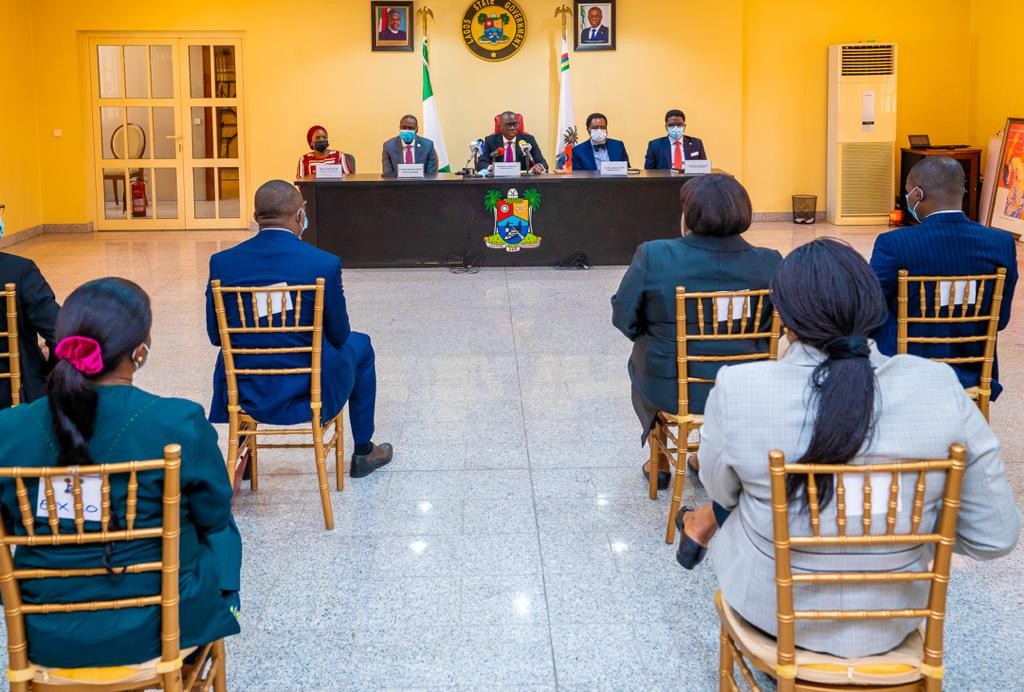 Governor of Lagos, Babajide Sanwoolu has pleaded with #EndSARS protesters to leave the roads and have a dialogue with the state government on their demands.

Sanwoolu on Monday, said the State Government had shown sincerity and willingness to address all concerns raised by the protesters, given the actions taken so far, including the constitution of the Judicial Panel of Inquiry and setting up of compensation funds for the victims.

He made the appeal during the swearing-in of members of the Judicial Panel of Inquiry and Restitution at the State House in Marina.

“We have shown unprecedented commitment to the complete overhaul of the Nigerian Police. The inauguration of this Judicial Panel of Inquiry is only the first step in a long line of reformative actions that will lead to a thorough revamp and reorientation of the Nigeria Police. I believe that some of the actions we have taken should, to a large extent, show our sincerity and willingness to address all your concerns.”

“Let me reiterate that I am on the side of the young people out there. I understand your pain and I know your concerns are genuine and legitimate. While we are able to immediately acquiesce to some of your demands, some others will require time. We ask you to bear with us as we dutifully work on your demands.”

“I will, therefore, like to renew my appeal to you to suspend the protests and create an atmosphere for the resolution of all pending demands. I encourage everyone brutalised by the disbanded SARS, including the families of those who died, to present their case before this tribunal.”

He added that the government will make sure that justice is served to the victims of abuse and efforts will be made to open a new chapter in police-citizen relationship.

There is agreement on power rotation, says Adeyeye