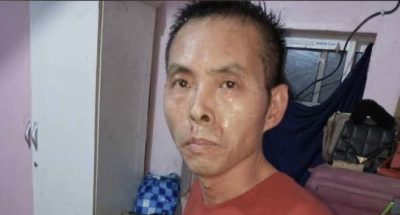 Absence of legal representation on Thursday, stalled the trial of a Chinese national, Geng Quangrong, 47, before a Kano High Court for allegedly killing his Nigerian girlfriend, Ummukulsum Sani, 22.

Mr Geng who lives at Nassarawa GRA Quarters Kano, was arraigned on September 21, before a Kano Chief Magistrates’ Court for culpable homicide contrary to section 221 of the Penal Code.

When the case came up for re-arraignment on Thursday, Mr Geng sought for an adjournment to enable him engage a lawyer to represent him.

The Kano State Attorney General, Musa Abdullahi-Lawan, did not object to the prayer.

“Obviously this case will not go on today without a counsel standing for the suspect.

“It is capital offence in nature in the circumstances for the defendant not having a legal representation, we apply for a short adjournment.”

The presiding judge, Sanusi Ado-Ma’aji, ordered the remand of Geng in a Correctional Centre and adjourned the matter until October 4, for arraignment.

The police alleged that Mr Geng went to the residence of his girlfriend Ummukulsum in Janbulo Quarters Kano on September 16, and stabbed her in the neck with a sharp object during a misunderstanding.