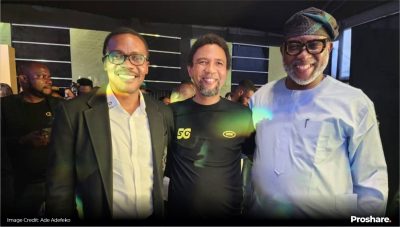 Despite the aforementioned, we can often tell when an organisation is under good leadership. There is the vibe around the place and amongst staff; there is feedback from key customers and other key stakeholders; and there are the results on the corporate objectives. Taken together, they give a good sign of the quality of leadership that an organisation, whether in business or governance, is getting.

Using these parameters, it is quite clear that MTN Nigeria (MTNN) is getting top notch leadership from its Chief Executive, Mr Karl Toriola. Since his appointment in 2020, Nigeria’s leading telecommunications company has been growing in leaps and bounds while breaking new grounds on so many fronts. More importantly, a culture reset has taken place that has permeated the entire operations of the company.

The most noticeable impact of this new culture is the feeling of empowerment that staff now enjoy. By devolving powers and responsibilities down the ladder, even junior staff on the customer facing end have found it easier to handle problems and complaints with ease. More importantly, in doing so, they get given credit for their efforts. As is well known, nothing pleases staff more than a recognition of their efforts in meeting corporate goals.

This writer experienced a good example of this when he visited one of the customer centres in Victoria Island. The complaint was to do with roaming services and the extremely high bill that had followed a recent trip to the UK. As it were, the problem was self-inflicted. But rather than pass this information and excuse this customer, the staff in question proceeded to explain the issues in detail and get the company to take responsibility for the mix up. It was world class customer service.

Almost certainly the willingness of the staff to take responsibility and front up was inspired from the top. The best example of this was in October 2021 when MTN had a nationwide network failure that lasted for a few hours. Following its resolution, Mr Toriola went in front of the cameras, apologised to all MTN customers for the failure, promised to prevent a future occurrence and, even more surprisingly, gave out tokens of products and services as a form of appeasement. It was a gesture well received.

Another key stakeholder segment that has enjoyed the new, improved style of leadership at MTNN are the shareholders. After years of promises, plans and proposals, MTNN shares were finally listed on the Nigeria Stock Exchange (NSE) in May 2019. But no new shares were issued and the listing was more cosmetic than impactful. All it did was to meet the demands for listing without actually giving the teaming number of Nigerians desirous of owning shares in the company a look in. That changed in 2021 under Karl Toriola as the company offered 575 million ordinary shares to Nigerians on the NSE in its first Public Offer. This was eventually oversubscribed by 39%.

What did MTNN do on the oversubscription? Rather than stick with its original offer of 575 million ordinary shares, and in the process disappoint many investors, it increased the number of shares available to cater for all applicants. At the end, over 660 million ordinary shares were allotted. Again, a clear sign of a company whose leadership is focused on keeping its public stakeholders happy and onside.

On the service end, MTNN under Karl recently launched 5G services in 6 cities across the country, with a national roll out looking imminent. It is the only one of the two grantees of the 5G licences to do so. In getting the service running, MTNN has pushed Nigeria into a small group of 6 African countries that have joined the 5G world. In addition, MTNN was granted a licence by the Central Bank of Nigeria (CBN) in May 2022 to provide mobile money services in Nigeria. It has since commenced operations on this front, with over 4 million users in the country in less than 2 months of operations.

On the business front, things are looking even better for MTNN under Karl. Its subscriber base has grown from 65 million in October 2020 when he took office, to 74 million at the end of June 2022. Its internet subscriber users also increased in the same period from 31 million to 37 million. By the end of June 2022, all these and more led to a growth in service revenue by 20% 2022, a 22% growth in EBITDA and a profit after tax of 28%. Given the inclement economic conditions at home and globally, these are salutary results for a company whose business is easily affected by external events.

What Karl Toriola has achieved, in barely 2 years in office, speaks to the quality of the man and his values. In galvanising the men and women behind the MTN brand in Nigeria; in resetting its focus towards the customer; in rebuilding and reenergising its relationship with key regulators; he has succeeded in setting MTN’s path to a future of dominance and service excellence in the Nigerian market. In doing so, he is proving, once again, that Nigeria can produce exceptional leaders in an increasingly global world. He deserves accolades.

Ade Adefeko, a public affairs commentator, is the Chairman of NACCIMA Trade Export Group. He currently serves as the Vice President Corporate & Government Relations at Olam International. He is also in charge of External Communication and Stakeholder Management.