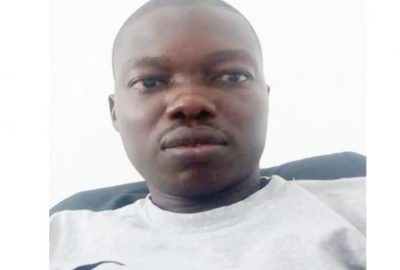 The family of the late student of the Obafemi Awolowo University, Timothy Oludare, has questioned the Osun State Police Command for allowing a suspect in the murder case and owner of Hilton Hotel, Prince Rahmon Adedoyin, record a voice note while in detention.

The note in which the suspect exonerated himself of any wrongdoing in the MBA student’s killing, went viral on Sunday.

But Oludare’s family did not find it funny.

It said in a statement on Sunday by its lawyer, Kayode Ajulo: “Our attention has just been drawn to a broadcast allegedly made by the owner of Hilton Hotel, Ile-Ife, Prince Rahmon Adedoyin with respect to the ongoing police investigation on the strange death of Mr. Timothy Oludare.

“From the abysmal worldwide broadcast allegedly released by the Suspect from police custody, now trending both in print and social media, what was supposed to have been a solemn declaration and recording of statement at the Police facility was transmogrified into a musical concert or show of comedy fest, advertisement and a maudlin plea of non-guilt and exoneration by the Suspect.

“What is more befuddling and disheartening is the fact that the Police who is meant to be an unbiased Investigating Agency would allow its custody to be used as a recording studio for the Suspect to toot his own horn!

“Applying the test of a reasonable man, no doubt one will be led to the irresistible conclusion that the broadcast is not only an obfuscating façade but also a stratagem of invasion and confusion.

“Considering the trajectory and the incendiary surrounding the heinous and gruesome murder of Mr Timothy Oludare, it is expected that the Police ought to have been very professional and discreet in ensuring that a thorough investigation is conducted, no matter how highly placed anyone could be!

“Be that as it may, while it is not in our stead to direct the Police on how to conduct its investigation, however the perdurable questions that urgently cry for answers are as follows:

“Since the exhumation of the Corpse of Mr Timothy Oludare, has the Police put a protective cordon around the facility extending to some radius beyond the location where his body was found? There is a probability that this not the first victim. The use of a Ground Penetrating Radar (GPR) is an efficient and effective means to search for buried bodies.

“Was there a CCTV in the hotel? If no, why? It is pretty standard for CCTVs to be in public places especially hotels. If none was installed, same is suspicious and indicative of premeditation.

“Has the premises of the suspect been searched by the Police in order to discover any incriminating materials? If not, a warrant should be obtained to search his properties for such.

“While we await the outcome of Police investigation, it must be stated with every sense of purpose that we shall ensure, as ministers in the temple of justice and adherent to the dictates of the rule of law that the water of justice is not muddled in the instant case by any guise no matter how highly placed anyone could be!

“We therefore urge the Inspector General of Police to use his good offices to see to it that the deceased gets JUSTICE!

“In the interim, while we await the completion of autopsy on the cause of death of the deceased, we take the liberty to request that the remains of the deceased be promptly released to his family for a proper and befitting burial.”

Otedola named vice-president of Save the Children, a UK-based charity