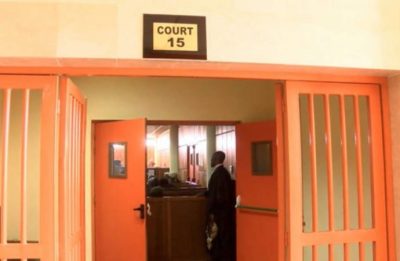 The Federal High Court sitting in Lagos on yesterday dismissed a suit seeking to disqualify the All Progressives Congress (APC) candidate for Ikorodu West in the Lagos House of Assembly, Mr. Abiodun Moshood Aro.

Justice Nicholas Oweibo held that the action, filed by the plaintiff/applicant Mr. Oluwatosin Onamade, was statued barred and that the internal affairs of a political party are not justiciable.

The plaintiff sought Aro’s disqualification as the APC flag bearer in the 2023 general elections for Lagos State House of Assembly, Ikorodu Constituency II.

He claimed that Aro was not an APC member, adding that he, Onamade, be declared as the candidate.

But Aro, through his counsel, Yusuf Shuayb Adebayo, filed a Notice of Preliminary Objection challenging the competence of the suit and the court’s jurisdiction to hear and determine same.

The lawyer argued that the plaintiff’s suit was hinged on the determination of Aro’s membership status in the APC, adding that the Supreme Court had decided in a long line of cases that issues of party membership are within the domestic affairs of a party which is non-justiciable.

He contended further that the suit was statute-barred having been instituted on July 5, 2022, 39 days after the APC primary, which was outside the time frame stipulated by Section 285 (9) of the 1999 Constitution as amended for instituting actions of this nature.

According to him, under Section 285(9) of the Constitution, the plaintiff is required to bring his suit within 14 days of the occurrence of the incident complained of.

He prayed the court for an order dismissing and/or striking out the suit in its entirety.

He held: “A careful examination of the second defendant’s affidavits which state that the election result was announced on the 25th of May and this action was instituted on the 5th of July which is outside 14 days prescribed by electoral Act. Therefore this action is statute-barred.

“I agree with the counsel to the plaintiff that the internal affairs of a political party are not justiciable.

“I, therefore, find and hold that this present action before me is statute-barred and not justiciable.

“On a final note, the whole suit is hereby dismissed.”

Northern Elders send message to Tinubu over killing of 8 Nigerians