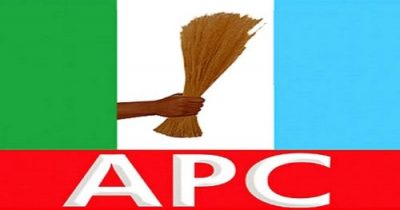 Leaders of the All Progressives Congress (APC) met in Lagos on Tuesday to examine the crises in the party in the state and at the national level and brainstorm on how to resolve them before the 2023 general election.

At a retreat which held in Ikeja, Lagos, the spokesperson of the party, Seye Oladejo, said that following the crises that trailed the outcome of the primaries and events like the Osun governorship election, the party felt that there were issues that needed to be resolved as the 2023 elections draws near.

The former state chairman of the party, Henry Ajomale, who spoke on the topic, “Roles and Responsibilities of Party Executives”, said that the APC was formed on the ideology of the progressives but that it is unfortunate that today, the progressives and the conservatives have joined hands and there is no more distinction between the two.

“What is the philosophy that brought us together? There are two or three ideologies in politics all over the world. You either be a republican which is conservative or a democrat, which is progressive, or a socialist.

“We then adopted the progressives’ ideology but today, some of us do not even know where we are ideologically anymore because the progressives and conservatives have joined hands. So there is no more distinction between the two. I see that we are now running on the same race and maybe there is pollution there. It is just like you have clear water and when you drop what you call blue, it becomes polluted. I think that is what is now going on. We are neither progressives nor republicans,” he said.

He said when he was chairman, his team worked in a mutually respectful environment where everyone was equal and non was disenfranchised and that it guaranteed success from within before even the conclusions outside on the field.

Former national legal adviser of the APC, Babatunde Ogala, SAN, who spoke on the topic, “Conflict Management and Resolution”, said the APC does not have a Board of Trustees/Advisory Council which should be the conscience of the party six years after clinching power, as a result, crises within the party festers.

He then outlined steps that the party can take to resolve conflicts. He said that the leadership of the party has to be an active listener, aware of every verbal tone and also be a good reader of body language. He advised that to get disputants to stop fighting and start cooperating, entails steering the discussion away from accusations and towards ways of resolving the conflict.

“Nigeria’s political parties, unlike what entrails in other jurisdictions, have not really institutionalised efficient frameworks for dealing with conflicts among their ranks and file. As demonstrated by the APC, intra party conflicts are not only threats to democratic consolidation but also to social harmony and stability of the party. Intra party conflicts are rooted in a genre of political practice which makes entrance into public office a surety of easy access to public resources and an avenue to private accumulation of wealth,” he said.