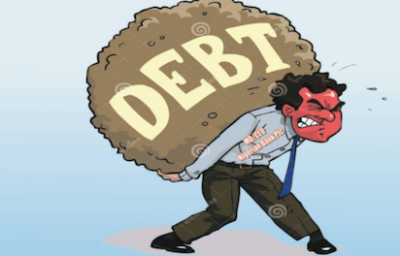 Data from the Debt Management Office (DMO) has confirmed Lagos state as the most indebted subnational authority in the country. Of the N5.281 trillion owed by the states in the country, the State is topping the list with about N797. 304 billion as at June 30, 2022.

Following Nigeria’s commercial and economic capital in the debt hierarchy are Delta with N378.87billion , Ogun with N241.78billion and Rivers State N225. 505 billion respectively.

The DMO explained that the debts stocks of Rivers and Kastina were as at September 2021 and December 31 2021, respectively, raising concerns that it could be more as at June 2022.

According to the data from DMO, the figure represents N1.24 trillion increase above the debt stock as at the end of the first quarter of the year, which was N41.60 trillion ($200.07 billion).

“Over fifty-eight percent (58 per cent) of the External Debt Stock are concessional and semi-concessional loans from multilateral lenders such as the World Bank, International Monetary Fund, Afrexim and African Development Bank and bilateral lenders including Germany, China, Japan, India and France.

“The Total Domestic Debt Stock as at June 30, 2022, was N26.23 trillion (USD63.24 billion) due to New Borrowings by the FGN to part-finance the deficit in the 2022 Appropriation (Repeal and Enactment) Act, as well as New Borrowings by State Governments and the FCT.

“While the FGN continues to implement revenue-generating initiatives in the non-oil sector and block leakages in the oil sector, Debt Service-to-Revenue Ratio remains high,” the DMO stated.