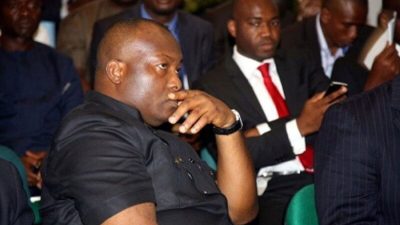 The assassination attempt on Senator Ifeanyi Ubah was another sign of how sick Nigeria has become. It also highlighted how the South-East that used to boast of not engaging in senseless killings has speedily deteriorated in the last two years.

Contrary to the conspiracy theories and weak denials made by many Igbo people that the recent insecurity in the South-East is caused by outsiders, Governor of Anambra State, Prof. Charles Soludo, said over the weekend in a TV interview that based on their investigation and the identity of those arrested, the insecurity is not perpetrated by outsiders but criminals of Igbo extraction who hide under the guise of fighting for freedom.

“Let me be clear about it, 100 percent of the people we have caught are Igbo. There is no hoax that somebody is invading from somewhere. It is 100 percent Igbo on Igbo. They are not unknown gunmen. They are plain criminals. Some of these criminals also hide under the cloak of agitation but IPOB has repeatedly distanced itself from the criminals. They are unknown to the extent that maybe they are not caught immediately. But I can tell you we’ve been catching quite a lot of them and they already know that Anambra is not safe for them anymore,” Soludo was quoted as saying.

Ubah is the Senator representing the Anambra South Senatorial Zone, which incorporates my Nnewi North Local Government Area and six other local government areas. He was one year my junior at Okongwu Memorial Grammar School, Nnewi. We were both in the boarding house, with him on Mojekwu House, while I was in Okonkwo House. In our junior classes, we played football together. He was the goalkeeper for his hostel and also one of the goalkeepers of the school, while I played in the attack.

If not for the bullet-proof vehicle he was travelling in, Ubah would have been dead by now. We would have been discussing him in the past tense. Even though he had a team of police escorts and operatives of the Department of State Security, it is doubtful if any member of that security team was spared by the assailants at that attack that took place in Enugwu-Ukwu in Njikoka Local Government Area of Anambra State two Sundays ago. A report by The PUNCH quoted an anonymous witness as saying that the attackers, who were nine, collected all the arms of the killed security operatives.

It is not clear if Ubah was targeted or if the attackers saw a convoy of vehicles and decided that they were politicians that should be eliminated as enemies. In September 2021, Hon. Chris Azubogu, who represents the Nnewi North, Nnewi South and Ekwusigo Federal Constituency at the House of Representatives, would have been eliminated too. In Nnobi, Anambra State. His convoy was likewise attacked. But luckily for him, he was not in the convoy. But some members of his team were not that lucky.

Two days before that, Dr Chike Akunyili, husband of former minister of information, Prof Dora Akunyili, was killed in the same manner. He was in a vehicle with a siren. At the Nkpor junction, close to Onitsha in Anambra State, the driver sounded the siren in the Nigerian fashion influential people use to get out of any traffic jam. That siren attracted the assailants immediately. They shot at him and killed him brutally, with those around not knowing who was killed. The assumption of both the killers and onlookers was that one of the “corrupt politicians” had been eliminated.

What was instructive in the case of Senator Ubah was that even though he was at the scene of the attack, he survived with his driver. His saving grace was the bullet-proof vehicle he used. Luckily, the bulletproof did not fail.

Many other people have been killed in a similar fashion in the South-East in recent times in a most senseless way. Such dastardly killings are usually credited to “unknown gunmen” and the ding-dong continues.

Looking at the attack on Ubah from another angle, one could ask if he would have survived the attack if he was using a regular vehicle. Well, the answer is that the possibility of him surviving is low. It would have been reduced to luck: if the bullets did not hit him; if the bullets did not hit a vital organ in his body; if the attackers recognized him and decided to spare him; if his driver was able to drive out fast from the scene before his particular vehicle was attacked.

The escape of Ubah from death can be compared to how individuals, organisations or countries perform in comparison to others. Individuals and groups that have a higher level of protection or preparation or backup plan experience more success or luck. Individuals and groups that have low success rates depend more on luck or belief in supernatural protection.

On the individual level, in societies where the state does not take care of much of the welfare of the people, richer individuals get luckier. For example, when kidnapping for ransom became rife on the Abuja-Kaduna Road, most people who could afford it resorted to using the train or aeroplane to commute between the two cities separated by about 200 kilometres. Train tickets became hard to secure. Only the powerful and the connected had access to them. Those who couldn’t get tickets continued to use road transportation and many fell victims to kidnapping. When bandits attacked an Abuja-Kaduna train on March 28, 2022, the options were reduced to only air travel for those who could afford it.

Similarly, on the critical issue of health, the more resources one has, the luckier one gets. If two one-year-old children are hit by malaria, the one whose parents cannot afford the malarial drug of less than N700 or $1 or a visit to the hospital has higher chance of dying than the one whose parents can afford medical care. It continues like that into adulthood. Financially-stable people who are careful about their health have a higher chance of getting into advanced old age than those who don’t have the resources.

People who live with diabetes or high blood pressure, for example, but have the resources and the self-discipline to take all prescribed medical advice have a higher chance of living into their 80s and 90s. They have the facilities at home to check their blood sugar and temperature once or twice every day. They also have access to regular medical attention locally and internationally. That way, the chances of sudden death or irreversible degeneration of health are prevented. Good examples are Queen Elizabeth II, who just died at 96 years, and her husband, who died last year at 99 years.

It is also the same case with organisations and countries. Organisations that take extra measures against financial disasters and emergencies get luckier than others. The same fire that starts in one company and destroys it completely will start in another company and gets extinguished within minutes because of smoke detectors, fire alarms and fire sprinklers that fight the fire before firefighters arrive.

Countries which make the welfare of their citizens top priority ensure that healthcare is made available to everybody. Potholes are not allowed on the roads, so as not to cause accidents that may lead to deaths. There are regular drills in anticipation of emergencies. And when emergencies occur, there are quick responses.

Life is not fair or balanced. Not everybody may have the resources to own a bullet-proof vehicle, but one lesson from the attack on Sen. Ubah is that like the Boy Scout motto says, individuals and countries must “be prepared” always. It may be the difference between life and death.

How Chinese Lover Tricked Ummita On Converting To Islam – Friend

Why #EndSARS protesters should vote for Tinubu – Yahaya Bello