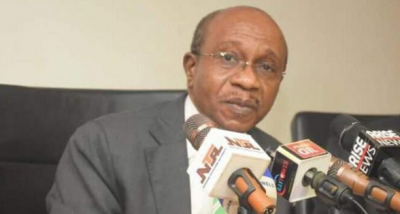 Godwin Emefiele, governor of the Central Bank of Nigeria (CBN), says he isn’t bothered about the speculations around his interest in contesting the presidency in the 2023 polls.

He said this on Thursday after a meeting with President Muhammadu Buhari.

Although Emefiele is yet to officially declare his interest in contesting the presidency, three support groups recently purchased the presidential nomination and expression of interest forms of the All Progressives Congress (APC) for him.

The CBN governor had, however, said he would purchase the form himself if he decides to contest.

Following his reaction, there have been calls for his resignation, but the CBN governor later at the federal high court in Abuja, asking for a ruling allowing him to contest in the 2023 presidential election.

The matter is yet to be decided.

, President Muhammadu Buhari, in a memo addressed to heads of agencies and parastatals — including the CBN — directed all appointees interested in contesting in the general election, to resign.

Speaking on Thursday when asked by state house correspondents if he would resign, Emefiele refused to give a direct answer.