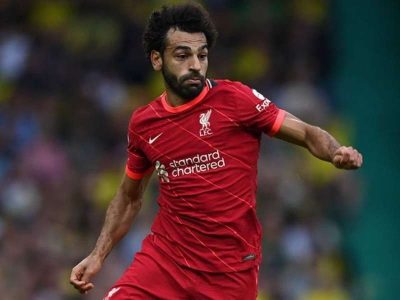 Mohamed Salah has made it clear to Liverpool’s board he won’t budge on his new contract demands.

The Mirror says Salah is refusing to reconsider his belief that he is worth £400,000-a-week to Liverpool.

While Kop boss Jurgen Klopp insists talks over a new contract for the brilliant Egyptian striker are heading in a positive direction, the stumbling block remains that Salah understands what his value is to the Anfield club.

It will cost Liverpool in excess of £80million to pay him what he wants over the course of a new four-year deal.

That would shatter the club’s strict wage structure under owners FSG.

But Salah knows that he would earn even more if the club tried to cash in on him in the summer – or he allowed his current agreement to expire in 2023.

The Egyptian has made it clear through his adviser during negotiations that he does not believe his demands to be excessive.

Salah’s agent, Ramy Abbas Issa, is using those figures as a marker in talks with the Merseyside club.

Why I believe I’ll win presidency in 2023 – Tinubu