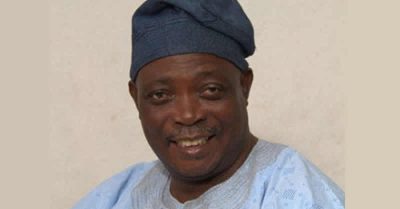 The Oyo State Governor, Seyi Makinde, was joined by his Benue State counterpart, Dr Samuel Ortom, to inaugurate the construction of the Senator Rashidi Ladoja Government Reserved Area and the 32 Km Phase I of the Ibadan Circular Road.

According to the statement issued by the Chief Press Secretary to Makinde, Mr Taiwo Adisa, on Thursday, the governor noted that the building of GRAs in the state would provide more houses for the growing population and raise revenue for the government.

“As our city continues to grow and our economy expands, there is a constant need for housing needs to be met across income groups. And we are using various means to achieve this. We have Public Private Partnerships whereby the government provides the land, and the private developers come in and develop it.

“We have also created new GRAs where the government partners with private firms on a site and infrastructure deal to ensure that amenities such as electricity supply from the grid, roads, water, and so on are available in the GRAs and the land is sold to members of the public to develop. These arrangements are contributing to the development of our cities while also providing more houses for the growing population and raising revenue for the government.”

In his remarks, Ortom said Makinde has demonstrated the capacity and knowledge in developing the state by providing developmental projects for residents. (Punch)