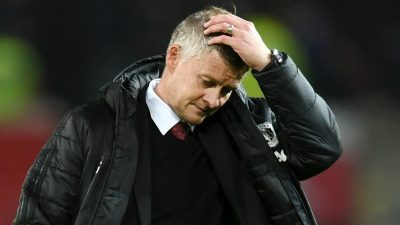 Manchester United manager Ole Gunnar Solskjaer has said his side’s 5-0 demolition by Liverpool on Sunday is his darkest day.

“It is not easy to say something apart from it is the darkest day I have had leading these players. We were not good enough individually and as a team, can’t give a team like Liverpool those chances but unfortunately we did.

“The whole performance was not good enough. We created openings, they had chances and they have been clinical. The third goal decided the game,” he told Sky Sports in an interview.

He claimed responsibility for the calamitous defeat.

When asked whose responsibility, he said: “It is mine, that is it. The coaching staff are very, very good, brilliant. I choose the way we approach the game, we were not clinical enough and gave too much spaces and when you give good players space they score.

“We are at home, playing against Liverpool, we have gone here over the last two and half years and had a similar approach to high press but today they scored on their chances I think as Manchester United we should always try to stamp our authority on the game.

“That fourth goal is when you go into half time with having to score one every 15 minutes. I know these boys are capable of it. The fourth, that was probably game over.”

He added: “You can look at last season we lose to Spurs 6-1 this is worse, miles worse. This is miles worse for me as a Manchester lad. I’ve just got to say we have to get over this as quickly as we can.

“We know we are rock bottom, we can’t feel any worse than this. Let’s see where we take it.”