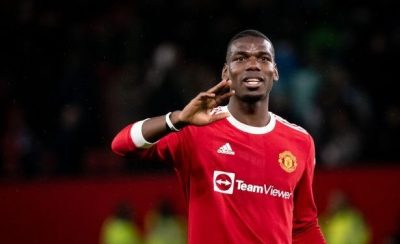 The Frenchman reached an agreement to join Pep Guardiola’s side but had to make a U-turn due to concerns over the reaction he would receive from Old Trafford fans, The Times reports.

The 29-year-old is all but set to leave Manchester United as a free agent next month as his contract is due to expire.

Juventus are ahead to sign him.back while the likes of Paris Saint-Germain and Real Madrid are also interested in the world class midfielder.

The Times report that City had even agreed personal terms with Pogba but the midfielder opted against the move.

The Frenchman felt a move outside the Premier League would be the best for him and that his life would be made ‘unbearable’ by United supporters if he remained in Manchester.

The report claims that Pogba has informed City that his next move will be to a club outside of the Premier League.

His representatives were in Turin earlier this week to meet with Juventus in order to discuss the prospect of re-joining the Serie A club this summer.