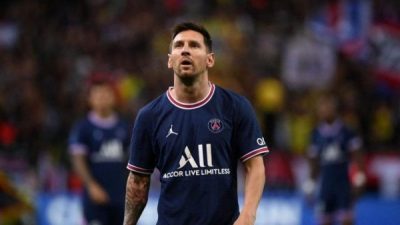 Brand Finance estimates that the move to PSG of Messi means that Barcelona will lose up to 11 per cent of its brand value.

My son made me popular in prison – Kamaru Usman’s…

Prove to me Norwich thrashing is not a one – off, Tuchel…

In terms of season tickets, drops of 40 million euros are estimated because more than 26,000 members have dropped out this season.

Barcelona’s situation on a commercial level is further complicated since Rakuten, the main sponsor of the club’s jersey and which contributes 30 million euros this campaign, announced that it will stop sponsoring Barça from next season.

Police arrest five in Katsina for supplying bandits with petrol