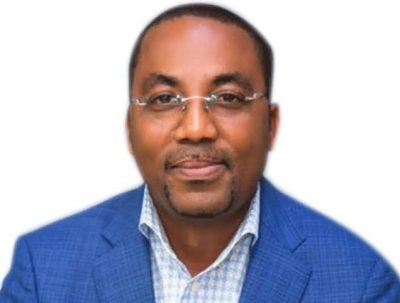 The contents of the Pandora box has been unveiled, and the lid raised, which earlier shrouded the unwholesome character of the high and mighty in the society across the globe. It awaken and precipitate the resurgence of global threat to peace and tranquility — fake news! Yes, since the large-scale investigative project by consortium of journalist, known globally as Pandora Papers emerged, a lot of half-truths and alternative facts has permeated the media space. Old rivalries were revived, those with issue to grind took advantage of the prevailing situation  to hit at perceived foes.
Deliberate misinformation, falsehood and half-truths by paid agents became rife.
One of such victim of this misnomer is Mr Mohammed Bello-koko, the amiable and unassuming Acting Managing Director the Nigerian Ports Authority, NPA.
Ever since his name was dismally mentioned in the Pandora Papers, it has been on falsehood to another. The misinformation regarding his involvement is completely taken out of context and completely misconstrued. In other to set the record straight, Mr Bello-koko is an astute entrepreneur and an employer of labor in his formative years. He was a successful Banker, administrator and a sucker for business. Available records proved he has done well for himself, winning lots of personal awards, which signalled his accomplishments in private sector, before joining the public service.
It is instructive to note, Mr Bello-koko has not hired the services of faceless directors, nor did he try to shroud in secrecy, his ownership of the Shell company. The said company did not trade, and ultimately unyielding any taxable dividends. Ownership of the companies bears his name and that of his wife.
Mr Bello-koko only took advantage, as a shrewd banker, the friendly atmosphere the UK property market offered. He neither traded nor engage in monetary transactions which would have been an avenue for laundering illicit funds.
The bone of contention, here, is a London apartment at Battersea power station, sold via open bidding. The property was bought through mortgage in 2013, clearly, three years before joining the NPA. His inability  to pay fully  the amount for the property was the reason for the delay. Had the payment date not shifted, on three different occasions, the transactions would have been concluded well ahead of his assumption of office in 2016.
The self-effacing Bello-koko, has not,  knowingly breached any constitutional provisions to warrant such blatant attacks and misinformation. His imprint and giant strides, since taking over at the NPA is evident. He has set to transform the Authority to assume its rightful position as major driver of the economy.
He took seriously, the welfare of staff and pensioners. Prompt payment of entitlements, staff promotion and training are about some of his landmark achievement, in a short time in office, which cannot be shrouded or obscured. While most people would be jittery in blocking major leakages where infractions thrive, not  Mr Bello-koko. His desire to shore up revenue of the Authority is commendable. Many industry players and experts profoundly agree, the Authority is in better hand, with him at the helm. This Captain should not be distracted on his resolve in delivering a major component of the Muhammadu Buhari administration — which is s strengthening and stabilizing the economy, as the NPA remains a veritable tool and critical to the economy.
Those spinning the narrative of  anti-graft body closing in on him, are obviously relapsing from the figment of their imagination. A transparent and elaborate investigation by relevant agencies would vindicate this workaholic. The truth they say, is infinite.
*Kizito Agada is a Policy Analyst. He writes from Abuja.