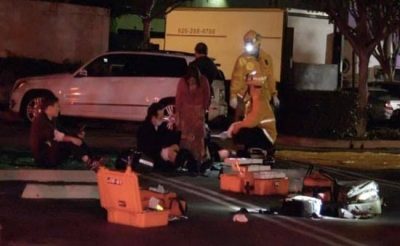 A shooting incident in California during Chinese Lunar New Year celebrations has resulted in multiple casualties, the U.S. media reported.

Tens of thousands of people had reportedly gathered in the city on Saturday afternoon for one of the largest Chinese New Year celebrations in the area.

Skynews quotes the LA Times as reporting that the shooting took place at around 10 pm with one witness telling the news outlet, they believed it happened at a dance club.

It also quotes an LA City Controller, Kenneth Mejia, an official in the government of Los Angeles, sympathising with families of those who lost their lives in the “mass shooting”.

“Monterey Park is home to one of the largest Asian communities in Los Angeles County, and many were out celebrating the Lunar New Year,” Majia reportedly added.

A notice by the City of Monterey Parkarlier reportedly indicated that, earlier in the day, crowds had been able to take part in various activities, watch live entertainment and visit “hundreds of vendors” as part of the celebrations.

‘He’s the best’ — Alpha-Beta ex-MD, who accused Tinubu of fraud, endorses him