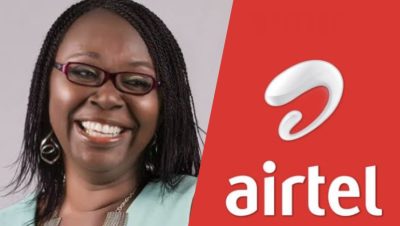 Ms Marioghae-Mbanefo, through her counsel, Rockson Igelige, is claiming a cumulative sum of N350 million in damages against Airtel for alleged infringement of her copyright.

The suit is before a Federal High Court in Lagos State.

The plaintiff is seeking a declaration that use of the song by Airtel for promoting its business to subscribers, without naming her as the owner, is a breach of her right under Section 12 of the Copyright Act.

She also seeks a declaration that Airtel’s use of her song in showcasing its products and services to its subscribers without her consent, licence or authorisation, constitutes an infringement of her copyright.

She is praying for the court’s order awarding N200 million as general damages against Airtel and N50 million as damages for alleged violation of her statutory right under Section 12 of the Copyright Act of 2004.

The plaintiff also seeks an award of N100 million against Airtel as aggravated damages for alleged infringement of her copyright.

She is seeking an order of perpetual injunction restraining Airtel, its agents, servants, privies, or successors-in-title from further broadcasting, publishing, transmitting or using the song for advertising, telemarketing and promotional purposes without her consent.

The plaintiff also prayed the court to direct Airtel to remove the song from its list of songs for advertising, business, telemarketing or promotional purposes.

The plaintiff also seeks any other order that the court may deem fit to make under the circumstance.

A date is yet to be given for hearing of the suit.