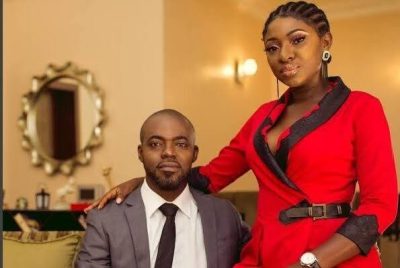 Nollywood actress, Yvonne Jegede, has called out her ex-husband, Olakunle ‘Abounce’ Fawole, also an actor and a musician.

Abounce, the son of a late actress, Bukky Ajayi, married Yvonne at a simple but classy wedding ceremony in Lagos in February 2018.

Sadly, in March 2019, Yvonne confirmed that her then-one-year-old marriage crashed three months after she welcomed their son.

The actress was a guest on the third season of ‘Mercy’s Menu’, a cooking show produced by actress Mercy Johnson where she opened up on her short-lived marriage.

During the show, the duo discussed the aftermath of Yvonne’s divorce as they prepared Peri Peri Chicken and Coconut Milk Pasta.

Yvonne stated that her short-lived marriage and eventual divorce were a phase and that she appreciates the experience.

On the nature of her relationship with her ex-husband, the ‘Okafor’s Law’ actress noted that they are not in communication.

“He doesn’t come around. He doesn’t call, doesn’t do anything. Apart from the marriage, we had a good, excellent friendship. I still look back at that friendship and believe it should count for something.

“The first time he publicly accepted that my son was his child was because people were already accusing me of having a child for another person while married. I had to give him an ultimatum that if he doesn’t show up when the child turns five, I will take his name off the child’s name,” she said.

She also revealed she single-handedly went to the United States to deliver their child.

“When it was time to put his name, I said that as long as I carried all the burden, emotionally, financially and otherwise, I would put my surname with his surname.

“So I put a compound name, Jegede-Fawole. I told him I would remove Fawole if he didn’t accept that he was his child. When he came and took a picture with the baby, the bloggers finally left me alone because he had accepted that it was his child,” she added.

Since that day, she said, Abounce has never returned to their house. 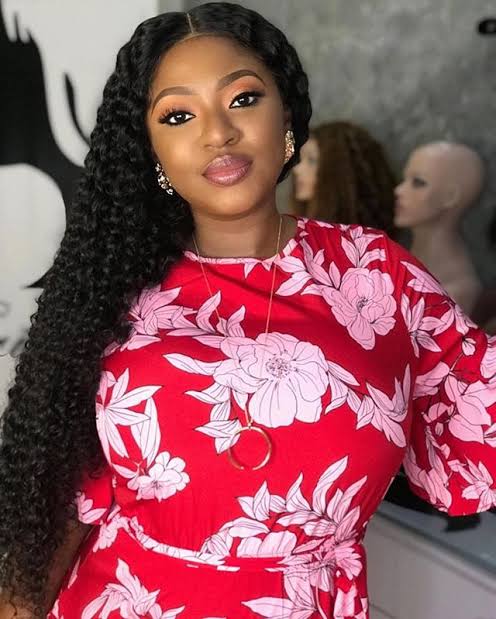 “He has never called. His son turned one; no call, no text message to say happy birthday. I’m not even asking him to contact me. We no dey the same path again, but your gift dey my hand.

“I even dropped a message for his family members because I dreaded this moment when my child would wake up one day and say where my daddy is. And we got to that stage. I was shaken,” she added.

Despite being divorced for over three years, the actress described her ex-husband as a person with a kind heart, saying that was what informed her decision to marry him.

She also said that their issues while married were not enough to lead to a divorce, but unfortunately, they did.

“It just didn’t work out. I think we are on different pages. We were not even reading the same book in the first place.

She recalled that at the outset, she was afraid to leave the marriage, which was less than two years. But eventually, she accepted that there was no future in it.

“If I had stayed back just because of what people would say, I would not be happy today. A lot of people see me, and they say they like my energy. Even my point picked up.

“I used to be shy. I no dey quick talk. I dey hide from people. But I guess since then, it’s been about four years, and I’m just living life.

Separation rumours began trailing their marriage some weeks after reports surfaced that Yvonne had moved out of her husband’s house.

Later in an interview, the actress revealed that she quit the marriage three months after she got pregnant with her son, Xavier.

The couple met in 2004 on the set of Tade Ogidan’s famous drama series, ‘Behind the Siege’.

Yvonne rose to prominence after she made a cameo appearance in 2Face Idibia’s award-winning music video, ‘African Queen’, alongside Annie Macaulay in 2004. (Premium Times)