My next album may be my last – Olamide 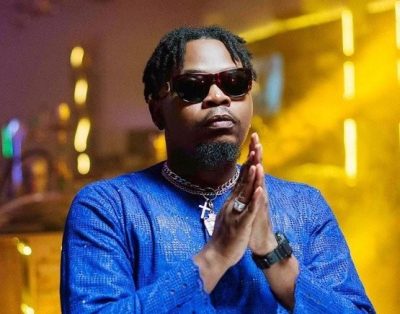 Singer and rapper, Olamide Adedeji, simply known as Olamide, has said his long-awaited forthcoming album may be his last.

Recall that when Olamide came into the industry, he was initially releasing albums on a yearly basis until 2016.

Olamide, who is regarded as one of the most influential artistes in the country, had in 2011, released his debut studio album titled, Rapsodi, while signed to Coded Tunes. In 2012, he followed it up with Yahoo Boy No Laptop (YBNL), on the imprint of his own record label, YBNL Nation. The album contained songs such as First of All, Voice of the Street, Stupid Loveand Ilefo Illuminati.

On November 7, 2013, he released his third studio album, Baddest Guy Ever Liveth. Some of the songs included Durosoke and Yemi My Lover.

The following year, he released The Glory before taking a break until 2020 when he released 999, an Extended Play album, which was a joint venture deal between YBNL Nation and United States of America-based Empire Distribution. The same year, he released Carpe Diem.

In 2021, he released another album titled, UY Scuti.

The singer had been a force to reckon with in the entertainment industry for over a decade, and his decision to stop releasing albums is seen by some as the likely end of an era.