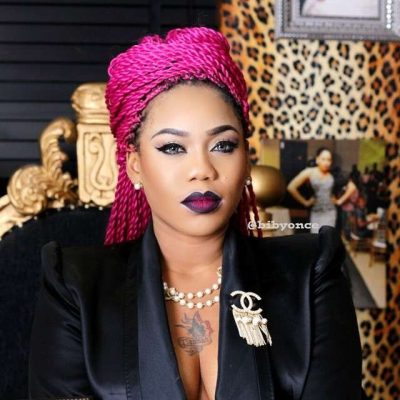 Celebrity fashion designer and socialite, Toyin Lawani, popularly known as Tiannah, has revealed that she was defiled by her uncle at the age of 15.

The fashion icon spoke on the during a recent interview with Chude Jidenowo.

She explained that she was bullied by her uncle not to inform anyone, but she summoned courage to tell her aunt who took her to the hospital to abort the pregnancy that resulted from the rape.

“I got raped by my uncle when I was 15 years and I had to go to my grandmother’s place in Ibadan. I didn’t tell my mother, but had to tell one of my aunties.

“They had to take me to a hospital in Ibadan, the pregnancy was about five months already because I didn’t tell anyone and it was so hard for me.

“My mum was so disappointed and hurt. She could not take it,” Lawani said.

She further revealed that her experience made her very protective of her children, as people can’t be trusted.

“The person was so close to my family which is why I am so strict with my kids. I don’t trust anyone, even your brothers, sisters, anybody can betray you.

“Nobody can come close to my children anyhow, you can’t trust anyone, even your brothers and sisters.

“I lost my innocence at a very young age and I hated my mum so much for it because she wasn’t there for me; she was always at work. It traumatised me but now I understand,” she said.