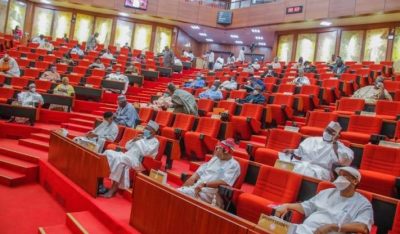 The Senate yesterday said the N48bn pipeline surveillance contract awarded to a firm owned by Mr Government Ekpemupolo (also known as Tompolo), was in order.

The private maritime security firm was founded by Ekpemupolo, an erstwhile Commander of the Movement for the Emancipation of the Niger Delta (MEND).

The firm was expected to protect all oil pipelines crisscrossing nearly all the states in the Niger Delta.

The contract covers Delta, Ondo, Imo, Rivers, and some parts of Bayelsa, which had attracted opposition from some stakeholders.

He said there was nothing wrong with engaging non-state actors to secure oil pipelines in as much as the contract was yielding desired results.

He stated this after presenting the report of the Senate ad hoc committee to investigate oil lifting, theft, and the impact on petroleum production and oil revenues.

He said oil theft wrecked the country’s oil production capacity and had resulted in the loss of about $2bn this year alone.

The lawmaker said major export facilities, the Bonny and Forcados Terminals, were shut down for over seven months due to pipeline vandalism and oil theft.

He said the pipeline surveillance contract to address oil theft was yielding positive results as the country’s oil production capacity has increased.

He said, “There are both formal and informal approaches to solving the issue. If that contract was contracted duly and processed, we don’t have any issue with it and if it yields desired outcomes, I don’t think there is anything wrong with it

“We commend the NNPCL for the action. As we speak, the Forcado terminals have restored 500,000 barrels a day to our national production.

“Just about five days ago, the first 87,000 barrels a day were received at the Bonny terminals. So, things are getting better.

“This means that the abridged intervention done recently by the government has yielded positive results because the production would have been shortened and you could imagine the effect on investment because investors will hold back if they cannot derive maximum profits from their investments.

“The government has not attracted desired investment in the oil and gas industry despite the PIA because what is being produced is being stolen.”

Meanwhile, the ad-hoc committee, after the investigation, failed to disclose those behind crude oil theft but instead said all stakeholders must accept collective responsibility for what has befallen the country’s oil and gas industry.

The panel, in its recommendations, said, “Curtailing crude oil theft should be a collective responsibility thereby well-meaning members of the public must be encouraged to report illegal activities and transactions in stolen crude oil that may come to their knowledge from any part of the world.

“Nigeria should seek international financial collaboration to check illegal Letters of Credit used to fund the sale and purchase of Nigeria stolen crude, as such illegal crude sales can only be transacted through the world financial system.”

It also urged the Nigerian Upstream Petroleum Regulatory Commission to deploy an online real-time monitoring system across all upstream oil and gas production platforms to ensure an accurate measure of production volume.

Atiku rejected Jonathan’s plea, refused to support him in 2015 – Wike