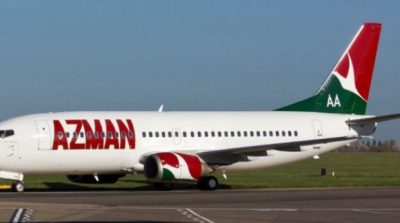 The Nigerian Civil Aviation Authority (NCAA) has lifted the suspension on operations of all the Boeing 737 aircraft in the fleet of Azman Air Services Limited.

However, the airline announced on Sunday that the lifting of the suspension was confirmed in a meeting held between the management of the domestic airline and NCAA on May 1, 2021.

It also stated that the operations of all Boeing 737 aircraft in its fleet were suspended by the regulator pursuant to Section 35 (2) of the Civil Aviation Act, 2006 and Part 1.3.3.3 (A) of the Nigeria Civil Aviation Regulations (Nig.CARs) 2015.

“In this regard, having satisfactorily undergone the safety audit and implemented the corrective action plan as recommended by the regulatory body, we are pleased to inform the general public that the suspension is hereby lifted,” the airline said.

The NCAA had explained that it suspended Azman Air in order to enable the authority to conduct an audit of the airline and determine the root causes of the incidents, as well as recommend corrective actions to forestall future re-occurrence.