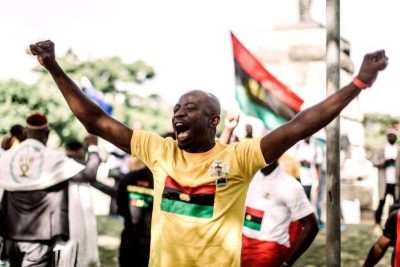 The Indigenous People of Biafra (IPOB) is planning mega rallies in the United Kingdom cities for the actualization of Biafra and demanding the release of its leader, Nnamdi Kanu, who is in custody of the Department of State Services (DSS).

According to the information being circulated on social media on Friday, the separatist group will stage three rallies in three UK cities which are Milton Keynes, Leicester and Liverpool on August 27, September 10 and October 16, 2022 respectively.

Ejimakor said, “Rallies like this have escalated across Europe and North America since the extraordinary rendition of Nnamdi Kanu. There was one like this in Brussels a few weeks ago and it drew thousands. The frequency of these rallies is a testimony to the determination of a people to the immediate task of releasing Kanu from detention. I think the world has taken notice”.

IPOB has been demanding that the Nigerian government should conduct a referendum to let the South East residents have a sovereign nation of Biafra, and recently the call for the unconditional release of Kanu has been added to the agitation.