Northerners to table demands for Tinubu, Atiku, others 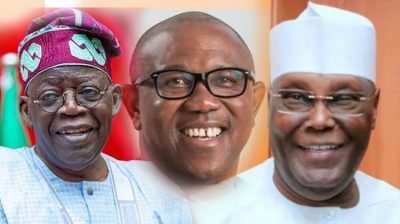 A coalition of professional organisations in Northern Nigeria under the aegis of the Arewa New Agenda on Wednesday assembled in Abuja to brainstorm on the demands they would table before presidential candidates for the 2023 elections.

They promised to harmonise their agenda and interest of the North as regards the 2023 election and present their demands to the candidates.

They articulated their agenda in Abuja during the opening ceremony of the conference organised by ANA in collaboration with Arewa House with the theme, “Building strategic imperatives of the Arewa agenda.”

During the conference, a former governor of Zamfara State, Ahmad Sani Yerima, told Journalists that the conference would also look at the candidates contesting for other positions from the Northern perspective and see who has the capacity and competence to address the problems of the North.

He also said what Nigeria needed in 2023 is a good leader that should be President for all, adding that he does not believe in the power rotation.

Yerima said, “The conference is an event organised by a forum of people of various disciplines in the North to harmonise an agenda that will be presented to politicians aspiring to be President of this country. We believe we should come together and say this is our problem and this is the solution we are proposing for the candidate that wants to govern this country.

“You can see we have many political parties, including APC NNPP, PDP and LP and each of them has a candidate. So Arewa New Agenda is saying, ‘this is the agenda for the North’. Before now, there were other agenda; but now events have changed and that is why it is called the new agenda.

“We are looking at other candidates from a Northern perspective and see who has the capacity and competence to address our problems. An Igbo man should be a President not because of where he is from, but because of his capacity, likewise a Yoruba and Hausa man.

The Convener and Coordinator of ANA, Senator Ahmad Abubakar Moallahyidi, said the organisation was collaborating with Arewa House, the centre for research and historical documentation endeavour in their capacity as the repository and custodians of Northern history past and present.

He said, “We are here today because, among other things, the North is in a quest for continuing development; for which we are looking forward to fostering the required environment that will enable us to surmount the myriad of challenges facing the region: some of which are clearly existential threats.

“ANA is not oblivious of the efforts made in the past to address challenges confronting us as a people of the North.

“Northern Nigeria has a land mass of 98.3 million hectares out of which 82 million is arable land; more than ¾ of this is in the North.

“Nigeria has an animal population of 34.5 million goats and 22.1 million sheep and 19 million cattle the larger proportion of these are concentrated in the northern region of the country in addition to the innumerable mineral resources, favourable climate, youthful population and other enviable potentials.

“Seven States in the South (Akwa Ibom, Ekiti, Abia, Ebonyi, Imo, Anambra and Lagos) put together have a combined land mass of 39,141 sq. Km, while Niger State alone has nearly twice that size with 76,363 sq. km.

“This example is not a comparison to impress anybody, rather it is statistical data to provoke a rethink of why would a region this endowed remain poor? Since more than 2/3rd of Nigerian land is in Northern Nigeria, it is quite evident that the North holds the key to food security, the fight to end hunger and malnutrition and therefore the way to sustain agriculture-led growth to curb hunger.

“The Arewa New agenda is saying that this fact must not be lost on anyone who becomes President in 2023. Therefore, it must be known that we need to ensure that our issues articulated above needs to be solved and the guarantee for that happening is when our own people who understand what needs to be done are in the right places to get these things done, we demand that this must be negotiated as we go towards 2023.

“Distinguished participants, 2023 elections are around the corner it is important to remind all our people of the North who are of voting age, to ensure they have their PVCs and participate in the electoral process peacefully. I further call on you to refrain from hate speech and padding fake news.

“The Arewa New Agenda posits that it is time to restore our industries, put our people back to work, fight poverty that is ravaging the North and open doors of opportunity for our youth to restore prosperity and promote the cause of peace.

The Secretary-General, AREWA Consultative Forum, Murtala Aliyu, said that the region must “reinforce its confidence and negotiate with the country’s political leadership to ensure its speedy development.”

He also regretted that for long leaders from the North had pursued “narrow and personal interest as against the interest of the people of the area.”

His position was corroborated by the Director of Arewa House, Dr Shuaibu Aliyu, whose submission was that the region remains the binding force unifying the country.

While regretting that the region had been abandoned for decades, Aliyu pointed out that the area can “comfortably compete with the rest of the world if its agro-sector is developed.”

In her speech, Dr Sumaye Hamza, a retired Permanent Secretary and Special Adviser on Social Investment to Governor Simon Lalong of Plateau State Government, urged leaders of the North to brace up for action, rather than the usual rhetorics.

She said, “Time for rhetorics is passed. Now is the time for action. Arewa has to refocus and give Nigeria the needed push to move forward as the region determines who becomes the President.

“Nigeria, especially the North is endowed with huge resources. Unfortunately, what she lacks is teamwork and we need to inculcate these attributes that built advanced societies into ourselves.

“The North has learnt enough lessons to allow it to re-strategise for future generations.”

Hamza however lamented the  refusal of the Northern region to carry women and youths along, insisting that “the women of the region must make themselves relevant.”

While advocating for equal opportunities for all including persons living with disability, Hamza said, “Nurturing our political seedlings is a collective responsibility and it must be done in unity.” (Punch)