Not all surrendered insurgents are criminals, says Zulum 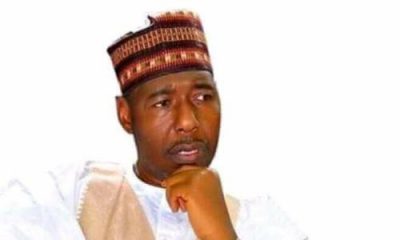 Jan 16, 2022
Babagana Zulum, governor of Borno, says not all the insurgents that recently surrendered are criminals.

The governor said “2,600 insurgents” have laid down their arms, and some of them are genuinely repentant.

Zulum spoke while briefing state house correspondents after meeting with President Muhammadu Buhari at the presidential villa on Tuesday.

He explained that many of those who surrendered are women and young children who were forced to join the insurgents and trained to handle AK 47.

He, however, added that no law prescribes the killing of surrendered insurgents, saying that they would be trained for the purpose of reintegration.

He assured that victims of the insurgency would be taken care of, saying “they will not be left behind”.

The governor also said over 100,000 people have been killed in the 12-year old insurgency in the north-east.

The Defence Headquarters (DHQ) had said over 1,000 insurgents, including Boko Haram commanders and bomb experts, have surrendered to troops of operation Hadin Kai.

Many have condemned the federal government’s move to rehabilitate and reintegrate the “repentant” insurgents back into society.

Senate President Ahmad Lawan had also called for caution in accepting some of the Boko Haram insurgents who are begging for forgiveness.

Lawan had said measures must be put in place to ensure that the repentant insurgents are “genuine”.