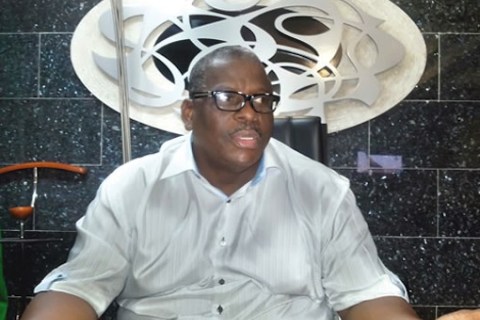 In the early hours of May 23, 2015, operatives of the National Drug Law Enforcement Agency (NDLEA) stormed the Lekki residence of Buruji Kashamu, former senator from Ogun state, in a bid to arrest and extradite him to the United States to answer to drug dealing allegations against him.

In the following five days, the NDLEA team camped at the house, resolute on leaving with Kashamu who had just been elected senator of Ogun east district. But they never got to him. He was safely hiding in a toilet, according to his lawyer.

Ajibola Oluyede, Kashamu’s counsel who was able to get a court to issue a restraining order stopping the NDLEA operatives from nabbing the politician, narrated how the former lawmaker escaped arrest by hiding in his toilet for six days.

“My client was in a toilet for six days with 20 masked armed men in his bedroom,” he had said, adding that “the only reason they (NDLEA operatives) left was because I signed an undertaking,” even though they claimed “to have obeyed the order of the court”.

That single episode captured Kashamu’s personality as a fighter who was on the run most of his adult life. From his tussle with the leadership of the Peoples Democratic Party (PDP) to the battle with law enforcement agents attempting to extradite him, Kashamu conquered most of his fights except his latest with COVID-19.

HIS LONG BATTLE WITH THE US AND ‘INVOLVEMENT’ IN 9/11 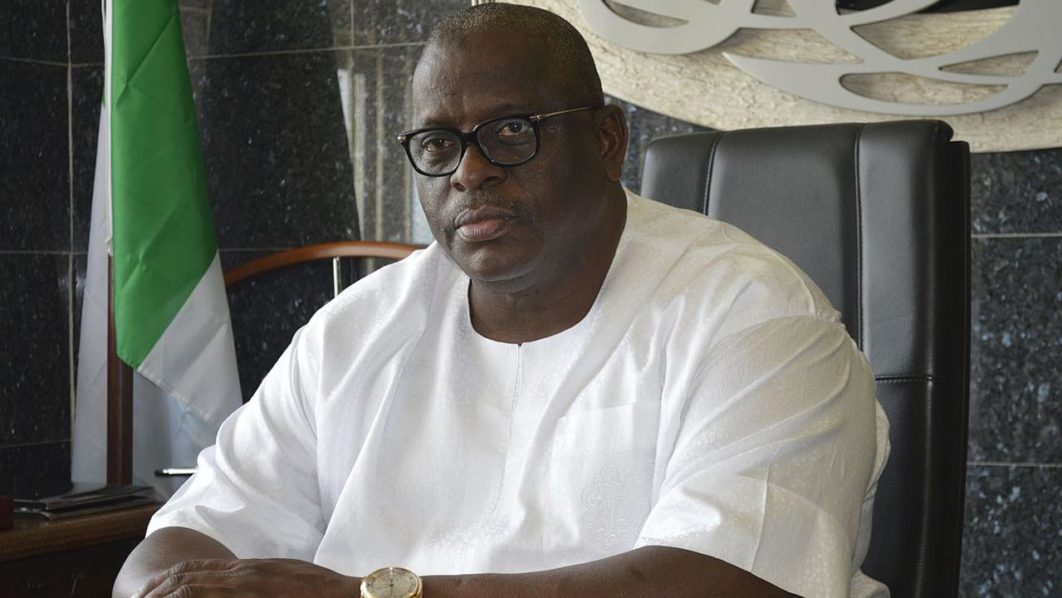 In 1998, following his arrest in England, a grand jury in Chicago indicted the late business mogul for conspiracy to import and distribute heroin in the United States. He was alleged to have had a drug ring which moved millions of dollars worth of heroin from Europe and Southeast Asia during the 1990s.

Kashamu, however, denied the allegation, saying it was a case of mistaken identity and that the person being sought by US authorities is Adewale Kashamu, his late brother allegedly killed in the 1980s by an officer of the Nigerian Customs Service.

He claimed he was a US government informant who provided information about terrorist attacks on the US before and after 9/11.

In 2003, a British court refused a US request to extradite Kashamu, citing uncertainty about his identity. He was then freed from prison where he had been for five years after being found carrying $230,000 when he was arrested.

But this did not deter the US government which dismissed Kashamu’s claim as absurd and insisted that he was indeed the drug dealer being sought.The US insists he is a fugitive — and with an arrest warrant against him still in force.

‘PEOPLE WILL DIE BEFORE I AM EXTRADITED’ 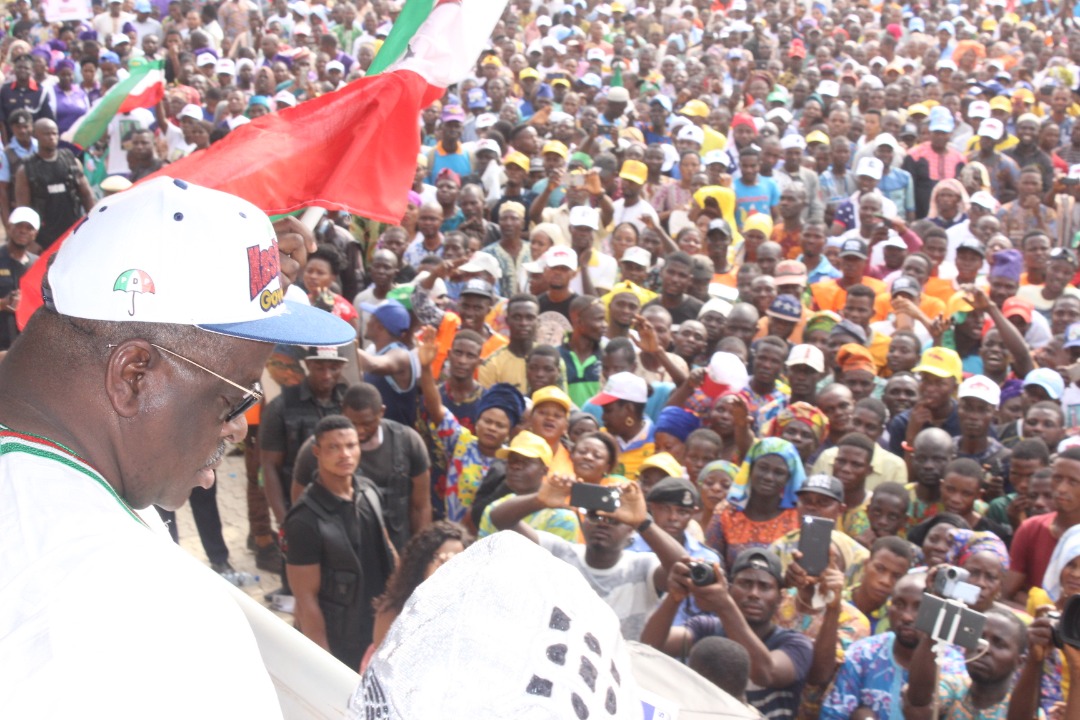 Years after returning to Nigeria, the federal government through security agencies initiated plans to extradite Kashamu to the US to answer to the pending allegations against him.

About a week after failing to arrest him in his house and less than two months after being elected as senator, the NDLEA was able to serve him a notice of application for his extradition.

But he never stopped fighting back. He challenged the government’s actions in court alleging that there was a conspiracy between the law enforcement agencies in Nigeria and the US to humiliate him and prevent his swearing-in as senator.

When a US appeal court upheld a ruling mandating Kashamu to face trial for the allegations, in January 2017, he said the case is “dead,” and that “any other purported extradition proceedings or abduction is illegal”.

Four days later, he said he intended to hire 40 members of the Oodua Peoples Congress (OPC) to protect him, and that people would lose their lives before he is extradited to the US.

“I will go and hire OPC, maybe like, 40. I will load them in my vehicle, because the day we meet, one has to kill one,” he had said, adding: “That is for sure! One has to kill one because I am not ready to go anywhere. Before that happens, maybe about three, four or five people will die.”

FALLING OUT WITH THE PDP 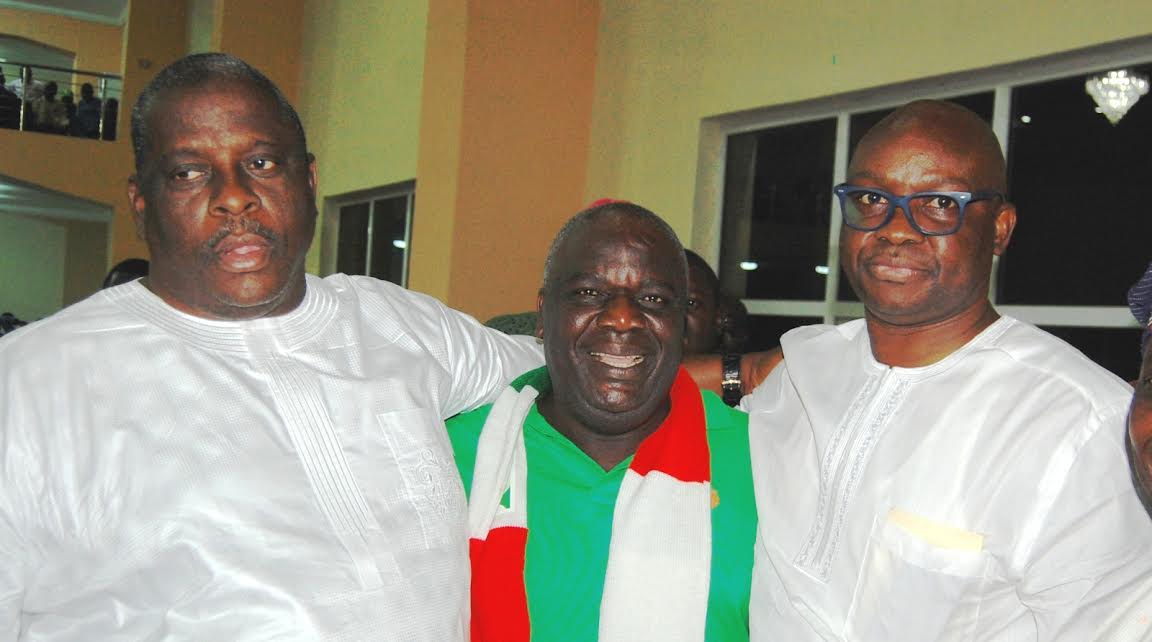 As a member of the Peoples Democratic Party (PDP), Kashamu was often at daggers drawn with the party and its leadership at various levels.

In November 2016, while serving as senator, the Ogun state chapter of the party suspended himover alleged financial impropriety and anti-party activity. Less than a year later, the national leadership of the party queried him over his “involvement in some issues” at the party’s state level and proceeded to suspend him about two months after.

In 2018, he emerged the governorship candidate of a faction of the PDP in the state’s election and, against the wish of the party’s leadership, but would later be recognised by the Independent National Electoral Commission (INEC).

When Ali Modu Sheriff was laying claim to the chairmanship position of the PDP, Kashamu threw his weight behind him, again, against the party’s preferred choice of Ahmed Makarfi-led.

HIS LIFE IN BUSINESS 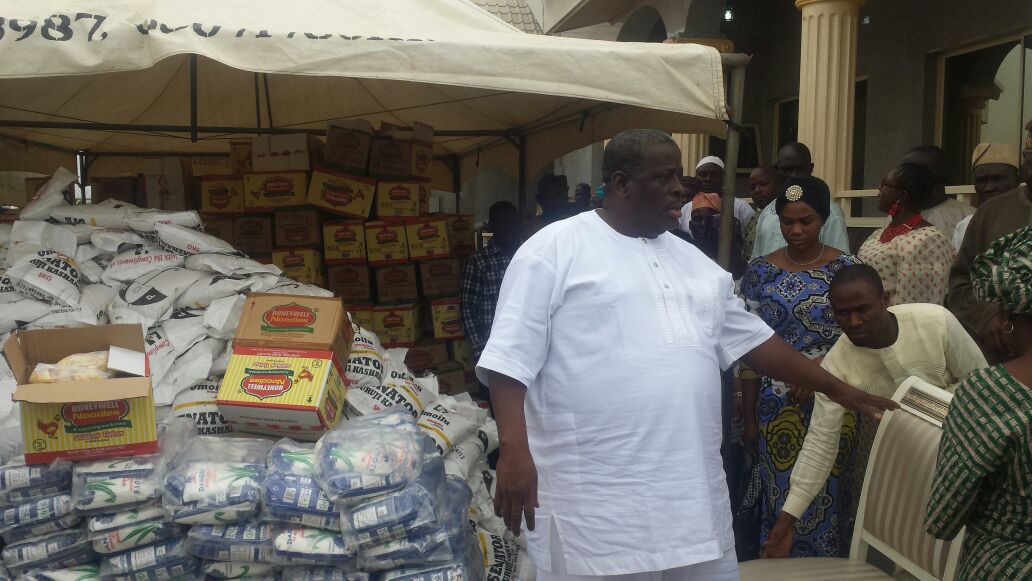 Kashamu already made name in business circles long before his foray into politics in 2009. He started his journey into business at an early stage after attending Pitman College in the United Kingdom where he took business courses.

Before his death, he was the chairman/chief executive of Kasmal Group of Companies, an indigenous conglomerate with interests in hospitality, property, oil and gas, automobile and investment services as well as the chairman of the Group Kasmal SAL in the Republic of Benin.

He also founded Western Lotto Limited, his lottery business which was always at loggerheads with Kessington Adebutu’s Premier Lotto.

‘HOW $500,000 EXCHANGED HANDS OVER THE AMENDMENT OF LOTTERY ACT’ 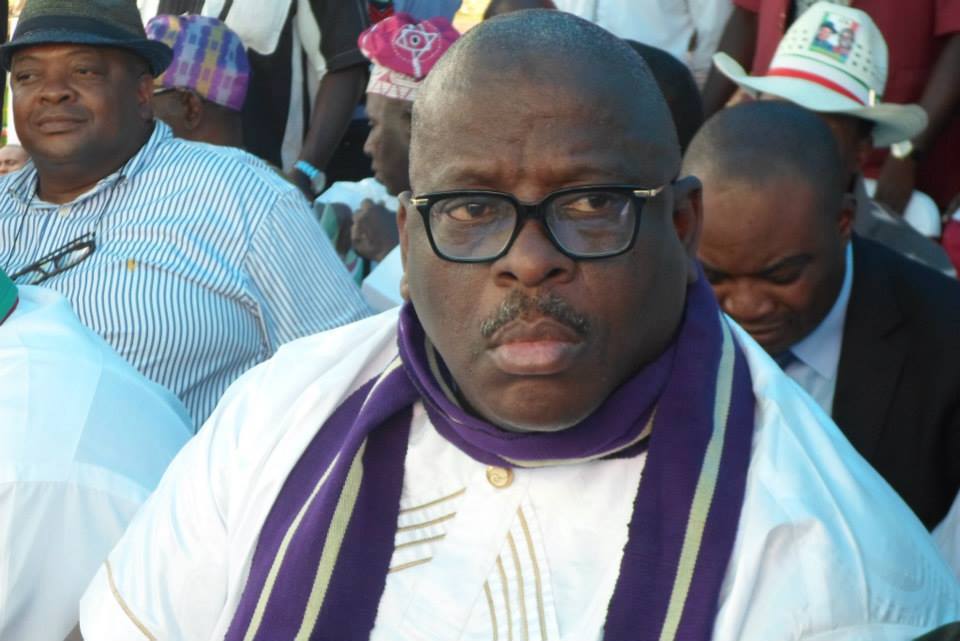 In an interview in February 2020, he alleged that the National Lottery Regulatory Commission Act was amended in 2017 after “some 500,000 dollars exchanged hands”.

He said the amendment was compromised, and defeated the purpose of setting up the commission to give it exclusive rights on the lottery business.

“A major operator single-handedly sponsored the 2017 amendment to the enabling Act that set up the NLRC, with the singular aim of whittling down the government and NLRC’s powers and having exclusive rights over fixed odds in Nigeria,” he alleged in the interview.

“Some $500,000 exchanged hands over the amendment. The process of the amendment was wrongly compromised and its contents obnoxious to the growth and development of the sector.

“It will be in the interest of justice for the federal government to revisit the issue of the amendment of the Act and return it to what it used to be. Even if there is a need for an amendment, it should not be in the mould of the heavily compromised version.” At the national assembly where he represented Ogun east from 2015 to 2019, Kashamu was of the belief that good governance is possible in Nigeria only with strong institutions.

He also sponsored other pieces of legislation such as the mental health bill that sought to provide a framework for the admission and treatment of persons with mental health conditions, and the national security tax fund bill which was aimed at devising ways through which security agencies can access additional funds for their operations.

‘HE RESPONDED TO QUERIES ON CONSTITUENCY PROJECTS WITHOUT BITTERNESS’

According to Seun Onigbinde, director and co-founder of BudgIT, a civic tech organisation, Kashamu was always ready to respond to queries on projects in the constituency he represented at the senate.

In a tweet on the late former lawmaker on Sunday, Onigbinde, who described him as the “king of empowerment”, however, said some constituency project items were found at his residence, but that Kashamu claimed they were tied to court cases.

“Yes. He always did this [responded to enquiries on constituency projects] without bitterness,” Onigbinde wrote.

“He’s also king of “empowerment” and @TrackaNG also found constituency projects – ambulances – in his house. Conflicted. However, he mentioned that these projects were subject to litigation. He also stated that ICPC was aware.”

HAD NO TIME FOR MOVIES 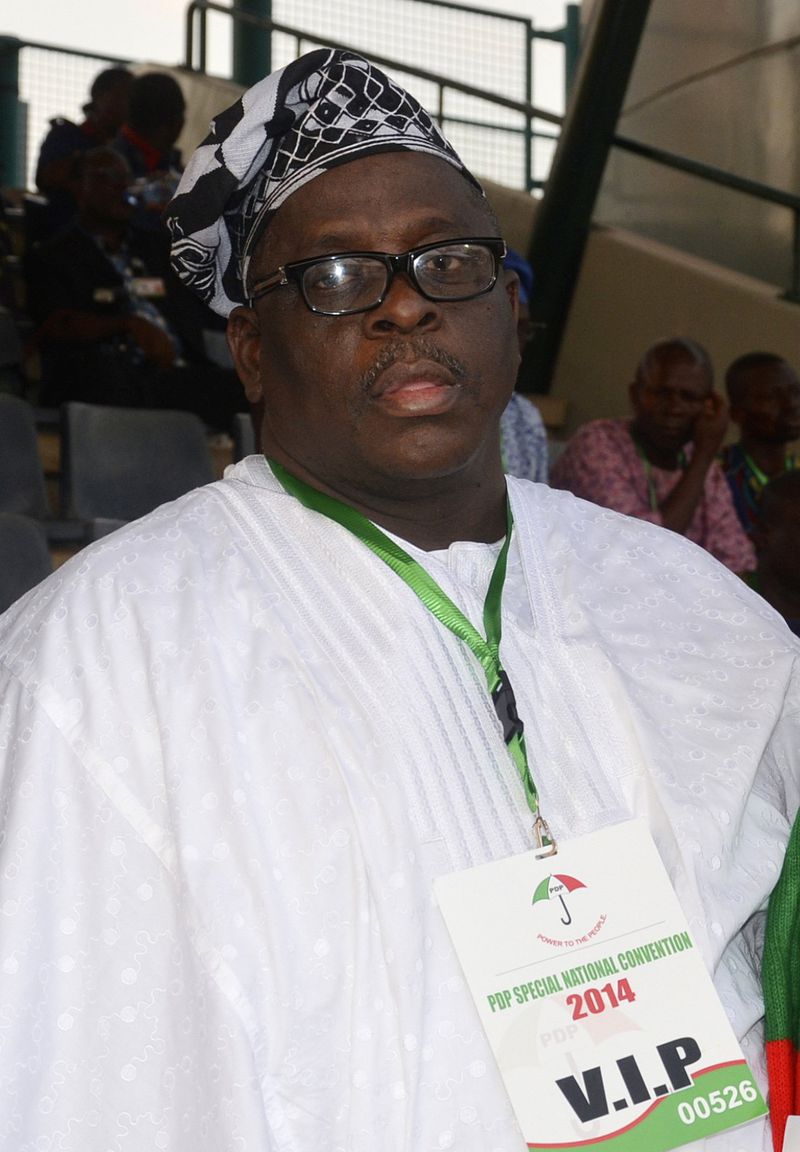 Spending time in front of the television is most people’s hubby — even President Muhammadu Buhari does this during his leisure.

But this is not the case for Kashamu who once said he had more pressing things to attend to than to spend time watching movies. It was in an interview with the Chicago Tribune on a Netflix series inspired by his drug charges in the US titled “Orange Is The New Black”.

The TV show is based on the real life experiences of Piper Kerman, one of the witnesses involved in Kashamu’s case.

Asked about the show, Kashamu said: “…I haven’t seen it.  I do not have time to see films or movies. There are more pressing and productive things for me to spend my time on.”

GETTING ‘EXTRADITED’ BY COVID-19

His battle with the grim reaper began weeks ago when he tested positive for COVID-19.

As his case worsened, he was moved to First Cardiology Consultants in Lagos, where he was being treated until he succumbed to the disease.

Unlike many of his battles in life from which he came out unscathed, COVID-19 changed the status quo and extradited him to the world beyond. And at the age of 62.   (The Cable)