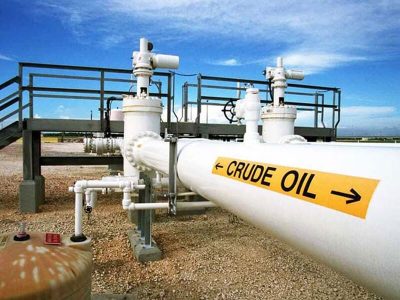 US West Texas Intermediate also fell over 3 percent to $80.64 a barrel.

The development came as the MSCI all country world index (ACWI), the global equity index, hit a two-year low on Friday while the dollar index reached its highest level in two decades, putting downward pressure on oil.

On Wednesday, the US Federal Reserve raised interest rates by 75 basis points, propelling central banks around the world to follow suit with their hikes, raising the risk of economic recession.

A recession would adversely affect oil demand, experts had cautioned.

Moscow had commenced massive troop mobilisation for its war in Ukraine.

“The upside in oil will be limited while the dollar is strong, albeit the weekend’s staged referendum in the eastern part of Ukraine could further increase tension between Russia and the West, especially if Ukrainian allies provide additional help for Ukraine to reclaim these territories.”

In 2022, the country has witnessed unprecedented levels of the menace — even as production fell bell below the one million barrels-of-oil mark.

Recently, the national assembly called for a decisive move towards curtailing crude oil theft in the country.  (The Cable)