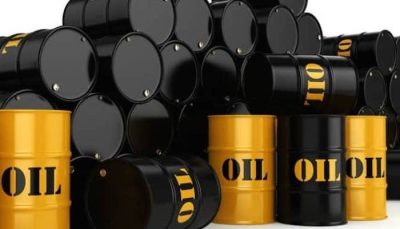 The total debts of 10 oil-producing states rose from N2.04tn in December 2015 to N3.35tn as of June 2022, according to sub-national debt reports of the Debt Management Office.

This means that a total of N1.31tn was borrowed within a period of about seven years by the states.

This came as findings by The PUNCH show that the oil-producing states received the sum of N6.4tn in federal allocation and 13 per cent derivation fund.

The Federal Government disbursed a total of N1.98tn as a share of the 13 per cent derivation fund to oil-producing states, the Minister of Finance, Budget, and National budget, Zainab Ahmed, disclosed on Thursday, at the sixth edition of the PMB Administration Scorecard.

She stated that the amount was paid in seven years despite some of the funds preceding the current administration.

She said, “One of the key functions of the Ministry of Finance Budget and National Planning is in support of states. The President understands very clearly that this economy wouldn’t have been growing consecutively or wouldn’t have been able to pull ourselves out of recession twice.

“We wouldn’t have been able to grow consistently without enabling the states to grow because it is a federation.

“Mr. President has been very uniquely generous in his support to states. I can say no president has provided the level of support provided to the states of the Federation.

“He understands that the federating units need to work together as one to achieve the targets that he has set for the country. So, everybody goes to support sub-national governments.

“In seven years, we have disbursed N1.98 trillion in funds to oil-producing states.”

The PUNCH recalls that the 13 per cent derivation fund has been a controversial issue after comments by Rivers State Governor, Nyesom Wike, alleging that the oil-producing states had refused to disclose their own shares paid by the Federal Government from 1999 to all the Niger Delta States.

Ahmed further said that the government had supported states of the federation N5.03tn and an additional $3.4bn since 2015.

She said, “With respect to sub-national governments, the ministry goes over and above its statutory role to provide financial support to States:

“A total of N5.03tn plus an additional $3.4bn has been released to states by the Federal Government over the life of this administration.

“Each of these payments has distinct repayment terms with some given as grants and others as loans with favourable repayment terms, including a long amortisation period.

“The support covers the 13 per cent Derivation refund to oil-producing states, refunds for construction of federal roads, ecological support, support from the Development of Natural Resources Fund, Paris Club refunds, support from the Stabilisation Fund, COVID intervention amongst others.”

Reeling out the details, Ahmed said N445bn was given as salary bailout to states except Akwa Ibom, Anambra, Jigawa, Lagos and Yobe in September 2015, while N340bn was disbursed to states except Lagos and Osun as excess crude loan. Also, N610bn was allocated to all states, except Lagos, as a budget support facility.

Other support included: $2.67tn as an outright Paris Club refund; N750m disbursed in 2021 as an SFTAS reward; and N600bn paid as withdrawal from payment of subsidy in April 2022.

Speaking further, the minister revealed that the non-oil sector had continued to maintain high-level performance in terms of revenue generated, adding that it was currently the mainstay of the nation’s economy.

She said that the sector contributed N1.71trn out of the total revenue of N4.19trn, an outturn of 100.7 per cent compared to the budget projection.

“Today, I call your attention to the very high performance of the non-oil sector of our economy. As of September 2022, the Federal Government’s share of oil revenues to fund the budget was N535.5bn representing 32.6 per cent performance), while non-oil tax revenues totalled N1.71tn an outturn of 100.7 per cent compared to the budget projection.

Oil-producing states got N4.46tn from Federation Account Allocation Committee between 2016 and 2020, according to data from the National Bureau of Statistics collated by The PUNCH. When combined with the N1.98tn allocated to oil-producing states as a share of the 13 per cent derivation, the amount moves to N6.4tn.

Within the period under review, Delta got the highest allocation of N804.27bn while Cross River got the least, N147.86bn.

According to the NBS, FAAC gets oil revenues and related taxes, revenues from the Nigerian Customs Service, company income tax, any sale of national assets as well as surplus and dividends from state-owned enterprises.

Meanwhile, the total debts of 10 oil-producing states rose from N2.04tn in December 2015 to N3.35tn as of June 2022, according to sub-national debt reports of the Debt Management Office.

By June 2022, N2.42tn was borrowed from domestic sources while $2.31bn was from foreign sources such as the World Bank and African Development Bank.

The Pan Niger Delta Forum and popular rights activist, Ann Kio-Briggs, have taken a swipe at the Federal Government over claims that the N1.98tn it disbursed to the Niger Delta region was not commensurate with the level of development in the region.

The National Publicity Secretary of PANDEF, Ken Robinson, said, “As you know, the fact of the matter is that it is the resources of the Niger Delta people that the Federal Government of Nigeria is plundering, wasting over the years. To say that they have given the Niger Delta N1.98tn as reported and all that is unnecessary. What is N1.98tn?

“And all these complicate or increase the social and economic challenges of the area. There are more people who ordinarily would have been involved in farming or fishing who are now looking for jobs.”

The PANDEF spokesman explained that no amount of funds allotted to the crude oil and gas-rich region was too much, being the goose laying the golden egg.

He, however, said it was not an excuse for the poor governance in the country, which he said was not peculiar to the Niger Delta alone.

“And I think that some of these governors in the Niger Delta should also do more in terms of showcasing what they are doing with the resources that they got. And that we will say that whether the level of development is commensurate to the amount of money received is relative because of the difficult terrain the Niger Delta is faced with in terms of developmental challenges.”

On her part, Kio-Briggs said the Federal Government must be specific and come up with facts as to which agency or governors the amounts they claimed to have disbursed was given for purposes of accountability.

She said, “First of all, I don’t like it when the government says that they have disbursed so much money.

Continuing, Kio-Briggs stated that the people of the region were not fools to believe hook, line and sinker anything the Federal Government says.

Meanwhile, Governor Ifeanyi Okowa of Delta State has said the state is the most solvent in the country, with enough credit to liquidate all outstanding fiscal obligations.

Okowa spoke through his Chief Press Secretary, Mr Olise Ifeajika, while speaking to The PUNCH on Thursday in Asaba.

He said, “This 13 per cent accrued to the oil-producing area for the past seven years included what NDDC and DESPADEC gave. But the one the state commissioner for finance stated earlier was about the discounting N240bn Nyesom Wike raised.

“Okowa could have taken the option to discount the entire N240bon expected from the 13 per cent derivation refunds as was done by other states but decided to take only N100 billion to complete some legacy projects.

“Governor Okowa, being a prudent and considerate leader, chose to keep the balance of the funds for the in-coming administration.”

The State Commissioner for Finance, Mr Fidelis Tilije, had recalled that Okowa administration faced serious financial challenges at inception in 2015, a situation that necessitated some borrowings at that time. You will recall that when the administration of Sen. Dr. Ifeanyi Okowa came on board, the economy of this state and that of Nigeria was clearly in dire straits.

“Therefore, a lot of rejiging had to be done for us to be able to survive and pay salaries. The salary bailouts was not for Delta state alone.” (Punch)