Omicron spreading unlike other COVID variants — now in 77 countries, says WHO 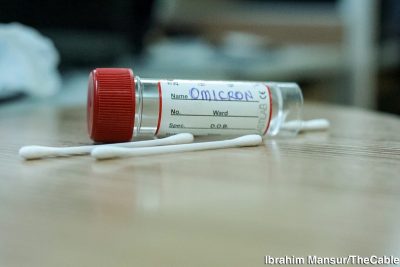 The World Health Organisation (WHO) says the Omicron COVID variant has now been detected in 77 countries.

Omicron — labelled a “variant of concern” — was detected by South African authorities and subsequently reported to the WHO.

There are reports that the variant had been earlier detected in the Netherlands before the announcement by South Africa.

Following the discovery of the new variant, there have been concerns about its possible higher transmissibility due to the increase in COVID cases experienced in South Africa.

Speaking in Wednesday during a virtual media briefing, Tedros Ghebreyesus, WHO director-general, said Omicron is probably in most countries, even if it hasn’t been detected yet.

“Omicron is spreading at a rate we have not seen with any previous variant. We’re concerned that people are dismissing Omicron as mild,” he said.

“Surely, we have learned by now that we underestimate this virus at our peril. Even if Omicron does cause less severe disease, the sheer number of cases could once again overwhelm unprepared health systems.

“Vaccines are tools that have the greatest impact when they are used to protect those who are most at risk, in all countries.”

Speaking further, the WHO director-general said in the past 10 weeks, COVAX has shipped more vaccines than in the first nine months of the year combined.

Ghebreyesus also called for equity in the distribution of vaccines so as to put an end to the pandemic.

“Most countries are using vaccines as fast as they get them. A small group of countries are facing challenges rolling out vaccines and scaling up rapidly, and WHO and our partners are working closely with those countries to overcome bottlenecks,” he said.

“Although we expect further improvements in supply, there are no guarantees, and the hard-won gains we have made are fragile. We continue to call on donors and manufacturers to put COVAX and AVAT first.” (The Cable)