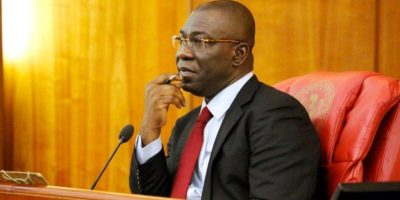 The criminal case of organ harvesting against former Deputy Senate President, Ike Ikweremadu in the United Kingdom may hinge on the actual age of the assumed victims of the crime, David Nwamini Ukpo and whether he is of age to give his consent to donating a body organ to Sonia Ekweremadu, daughter of the accused senator.

Claims and counter claims being made by the UK Metropolitan Police, which is prosecuting the former Deputy Senate President and the Nigrerian Immigration Service suggest Ukpo is either 15 or 21.

The UK police are prosecuting Ekweremadu for alleged organ harvesting, based on the claim that Ukpo is underage, while the senator on is part is claiming Ukpo is an organ donor who gave his consent.

LEADERSHIP Weekend tried both the UK High Commission and the Metropolitan Police to ascertain how the UK police determined the actual age of Ukpo, whether they relied on information he provided, available documents from the Nigerian Immigration Service or went far as conducting medical examination.

Justice Inyang Ekwo of the Federal High Court Abuja has however ordered the Nigerian Immigration Services and the National Identity Management Commission to provide Ike Ekweremadu, and his wife, Beatrice, a Certified True Copy (CTC) of the biodata information of David Ukpo.

Legal experts who spoke with LEADERSHIP Weekend have explained why the age matters, why it could determine Ekweremadu’s fate and why the Federal High Court in Abuja had to wade into the matter.

According to the court, the order became necessary to ascertain his real age.Others respondents in the suit are Stanbic-IBTC and Nigeria Inter-Bank Settlement System Plc. Some lawyers who spoke to LEADERSHIPN said the order is necessary since the age of the boy is in display.

The court made the order in a suit by Ekweremmadu and the wife, marked: FHC/ABJ/CS/984/2022, dated and filed on June 27 by their counsel, Adegboyega Awomolo SAN.The court ordered that Ukpo’s National Identification Number (NIN):19438077110, which is in the possession of the respondents, should be produced for the purpose of facilitating the criminal investigation and tendering same to establish the innocence of the applicants with respect to Ukpo’s age in the criminal charges against them before the Uxbridge Magistrate Court.

The Judge entered judgment since the respondents did not file any counter affidavit in opposition to the suit.In the judgement, the court directed the Nigerian immigration to supply the applicants with the documents and application form of David Nwamini Ukpo in the possession of the 2nd respondent presented for the issuance of International passport No. BO0569974 for the purpose of assisting criminal investigation and tendering same before the Uxbridge Magistrate Court, UK until July 7 in the alleged criminal charge brought against the applicants.

The judge also ordered Stanbic-IBTC Bank to supply the applicants with the Certified True Copy of mandate card and account opening package of account No. 0032551834 maintained by its customer, Ukpo, with Bank Verification Number 22509616391 in the custody of the bank, for the purpose of tendering same to establish the innocence of the applicants with respect to his age in the criminal charges filed against the applicants.

In addition, Justice Ekwo directed UBA to supply the applicants with the Certified True Copy of mandate card and account opening package of account No. 2195739574 maintained by Ukpo with Bank Verification Number 22509616391 in the custody of the bank, for the purpose of tendering same to establish the innocence of the applicants.Recall that Ekweremmadu and his wife are being remanded in the UK police custody, after they were arraigned before the Uxbridge Magistrate Court for alleged conspiracy to facilitate the travel of Ukpo, alleged to be a minor, for organ harvesting.

The couple, however, denied the allegations and the court adjourned till July 7 for hearing.

A senior advocate, Mr Abdul Balogun, said the order of the court is necessary to clear the ambiguity in the aged of the boy.He said many issues will be unraveled with the decision of the court today. The world will know if the boy is and underage.

*If his age were it in dispute, there wouldn’t be need for any court order to be made to clarify it but since there is a dispute over the age, it became necessary that an order of court should be made for the release of the Biodata.

“If he is an underage, then, it may be difficult bur the Ekweremadus to get out of the problem they’ve found themselves.

“With the court decision today, many things that are hidden, including whether the boy is underage or not will come to the open”, he said.

A law Lecturer,, Mr Bello Gafar, said the immigration service will be acting against the law to release his Biodata without an order of court.

“I want to believe they are aware of this and that’s why they requested for a court order to release it for whatever purpose it is needed for. As it is, if it is released, they have not contravene any law because they are simply obeying the order of a competent court”, he said.

Meanwhile, the British High Commission has refused to comment on the ongoing trial of the Nigerian senator saying it is a criiminal matter being investigated by the police. It instead gave contact details of the police and the reference for the case in question.Spokesman of the High Commission, Dean Hurlock said, “As this is a live UK police investigation, I am obliged only to tell you to contact the met office if you have any questions related to this.
“We are aware that the Metropolitan (Met) Police in the UK have charged two people with conspiracy offences linked to allegations of organ harvesting. The Met have advised that all enquiries should be directed to: +442072303300 quoting reference: BOR3427/2022.”